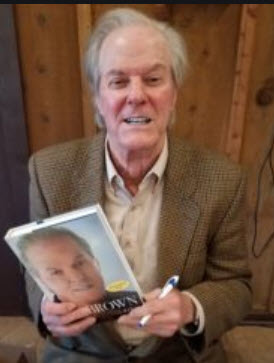 I can’t remember a time when I wasn’t carrying around something to read.  The luck of the draw gave me parents who surrounded my siblings and me with books, storytelling, poems, and lengthy letters when we were away from home.  I was immersed in words, and books gave me a special outlet to deal with aspirations, doubts, and a wide range of emotions. I had notes and rhymes taped to my class notepads. Early on it was Dr. Seuss:

The more that you read

the more things you will know

the more that you learn

the more places you will go.

As I grew older, I would shudder at the thought of waiting somewhere and not having something to read. Today, I would not even consider making an appointment for medical treatment, renew a driver’s license, arrive at an airport, even wait for a table at a restaurant without a book or newspaper in my hip pocket. Maybe that’s why I love baseball so much.  There is a lot of down time between innings and even between batters when I can sneak in a page or two. I get itchy if I’m waiting anywhere for more than three or four minutes. Why didn’t I bring along something to read?

A few years back, Baton Rouge had a very minor league baseball team, the River Bats that played at Goldsby Field, a small baseball arena close to the present Louisiana governor’s mansion.  I had season tickets on the first-row right behind home plate, and the average attendance was generally around seventy-five to a hundred fans.  Supplied with a large box of popcorn, a cold beer, and an arm full of newspapers I had saved up, I relished several hours of reading and light entertainment.

I’ve had front row LSU basketball season tickets for over forty years. The local paper printed a picture of me reading a novel during one such game, and shortly after I received a call from LSU Coach Dale Brown.  He’s an old friend, but he implored me to be more diplomatic in pulling out reading material while the game is going on.

Am I judgmental? Absolutely.  Maybe I don’t judge a book by its cover, but I never hesitate to judge a person by what current book if any, they are reading. A bibliophile snob?  I certainly am.  But please don’t tell that to any of my numerous non-reading friends. I try to be diplomatic, and would rather not, well, make them angry.

I rarely discard any of my book collection, much to my wife’s chagrin. Oh, I’ll give a book to a friend if they ask me for a recommendation for something to read.  I intentionally keep a few extra copies of a favored novel just for that purpose.

Books offer both a barrier and a response to calamity in our lives. There is no better example than in the country of Iceland, where there is 100% literacy and some 10% of the population have actually written books.  With such frigid weather, most Icelanders opt to read regularly all year long. So with the pandemic keeping most of us in doors, why not curl up with a good book, and keep a diary.  Who knows?  You might end up on the book best seller lists.

More in this category: « Jim Brown: The time I tried to 'hep" McKeithen at the Democratic convention How Louisiana can cash in on ethical judges »
back to top