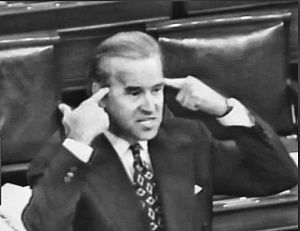 Here’s what we learned from the first democratic presidential debate last week. Do not fraternize with those you disagree with and never refer to a fellow politician as son, boy or anything similar.  It’s just not “politically correct.”

Former Vice President Joe Biden was roasted for talking about trying to find common ground with conservative southern senators when he served in the U.S. Senate.  “At least there was some civility” Biden said about working with segregationists like former Mississippi Senator James Eastland. He should not have been so “civil” says a number of other democratic candidates.

There seems to be a wealth of fabricators at the state capitol in Baton Rouge.  Gov. Edwards is accusing U.S. Senator John Kennedy of making "untruthful comments" on the early release of state prisoners.  Kennedy has countered back calling out the Governor for “bending the truth.”  Two state senators physically squared off against each other in a local bar.  And both Democrat and Republican legislators have accused each other of “hiding the truth” as to just whose at fault over the state’s perilous financial condition.