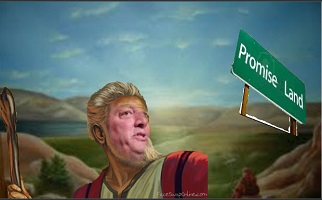 There is a pall over the current legislative session following the release by U.S. News and World Report’s annual rankings listing Louisiana as dead last when it comes to quality of life.  National research management consulting firm McKinsey and Co. gathered the data using 77 different metrics. Louisiana did poorly in every one of them.

Stephanie Riegel, writing in the Baton Rouge Business Report, observed that Louisiana Economic Development Secretary Don Pierson was apparently oblivious to the significance of the dead last 50 state ranking.  His “sarcastic and defensive” comments were: “If you’re going to put us on the scale and talk about the birth weight of our babies, our mortality rate, a number of factors that are not in our economic development lane, then maybe you’re going to arrive in a place like that.” he said.  “We would like you to look at a list of how many projects we land, how much foreign capital we have invested here… we’re proud to be in Louisiana.”

As Riegel points out, Pierson’s naive understanding of the state’s bottom of the barrel ranking fails to comprehend “the direct connection that exists between education, healthcare, the environment and infrastructure on one hand and economic development on the other.”

The U.S Bureau of Labor’s just released statistics show that the Bayou State lost 1,600 jobs in the past year.  There is an out migration with more people leaving Louisiana than are coming in.  It’s not “Houston, we have a problem.” No, it’s Louisiana that has the problem.

Governor John Bel Edwards seems to have his heart in the right place. But he has let himself get bogged down in the day-to-day grind of keeping the ship a float and trying to keep the trains running on time.  He’s being undercut by Republican opposition, but he knew that coming in to the job. So far, the Governor has failed to rise above the daily crises at hand, and show voters that he has a vision of just where the state should be heading in the years to come.

I once asked California Governor Jerry Brown about how to deal with the “crisis mentality” of being a governor.  He said that every day there is some kind of calamity.  “The first reaction is to circle the wagons, and try to put out one brushfire after the other,” he told me. “But you have to have long-range planning for your state.  Sometimes, you have to let a few of the brushfires burn, as they will often take care of themselves. You cannot put off long range projections for your state if it is going to move forward and progress.”

Unfortunately, that does not seem to be a strategy that is discussed much either in the legislature or in the governor’s office.  There are no quick fixes for a whole litany of state problems. A well-crafted “Goals for Louisiana” program, with specific yearly benchmarks, is a necessary beginning point for any successful state growth.  Why do many other states continue to jump ahead of Louisiana? Because they are problem solvers, not caretakers.

I am fond of a story about former French President Charles de Gaulle. He asked his gardener to plant trees so as to create a certain shade effect. “But General,” the gardener protested, “the effect you have in mind cannot be achieved for 40 years!” To which de Gaulle replied, “Well, then, you had better start this afternoon.”

Leadership means more than carrying on the day in, day out operations of state government. “Where there is no vision, the people perish.” So goes the ancient admonition from Proverbs 29:18. The time is passing us by, while our neighboring states are making tremendous strides. New ideas are coming from other southern states, and they should be emanating from Louisiana. Isn’t it about time?