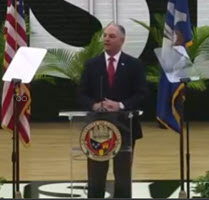 It appears that much of the agreement at this time from the parties is to extend part of the last penny of the five-cent sales tax for a particular period and to cut governmental services. Then, there is a push by various organizations and the administration to obtain other revenues other than sales tax which is regressive and hurts the people most incapable of taking care of themselves.

At the same time, it is difficult to simply “sock it to the corporations” and businesses who are the driving forces in the Louisiana economy.

Yesterday, I interviewed Tyler Gray, the General Counsel for the Louisiana Mid-Continent Oil and Gas Association about the recent legislative session and remedial action needed because protestors were trespassing and causing damage to oil pipes, particularly at the Bayou Bridge project.

During the interview, when referring to the upcoming special session on the budget which starts today, Gray said that his organization’s interest in the session was to be treated fairly.

So, what is fair? Or better yet, what is unfair?

Below is the transcript and the video of this segment of our discussion in which the general counsel, Tyler Gray, explains their concerns and interests during this expected, very contentious session.

SABLUDOWSKY: You mentioned that your main concern is that say the legislature and the governor presumably are fair-- so just throwing this out to you what would be unfair?

GRAY: So one of the things especially at the petrochemical manufacturing process you will pay utility tax on sales and use tax for business utilities this what is the sale of steam, water natural gas and electricity. Now from a refinery there are two separate into two separate processes of which that's taxed. You have the natural gas that's used in the manufacturing process which actually used to power boilers or there are efficient processes that they use in order to capture refinery gas or reuse it or whatever they're doing.

However you also have the administrative buildings right? So so if you have an organization like McDonald's or Walmart they would pay tax at 2% to 4% sales tax on business utilities, however, what we like prefer to happen is to be separated that way you have the manufacturing piece is not taxed. Right? The pieces that are used in the creation of gasoline and diesel or other petroleum products we would prefer that it remain either the administration building is paying those business utilities but not used in the manufacturing process because we'd have no problem paying our fair share as part of the whole process that's but it's not about-- you know-- we want to be treated equally as sales of some of the other business groups, not be unfairly burdened with the revenue raisers that include paying tax on the actual manufacturing process, natural gas steam water and electricity to run those units because that's different then you know just powering a building or which is what normally most businesses pay.

SABLUDOWSKY: Do you see any concern at all coming up with this special session?

GRAY: It currently is taxed at 4% and will be until July 1st when it'll drop down to 1% so yeah we're concerned about it. We hope that it will not be part of the package that ends up moving forward but we will continue to work with legislators, the governor or whatever we can to make sure to communicate this this message of maintaining sort of an equal share and proportionate impact and not unfairly tax on the petrochemical side for those business utilities used in the manufacturing process