Should Louisiana pay the price to stop alleged voting interference? 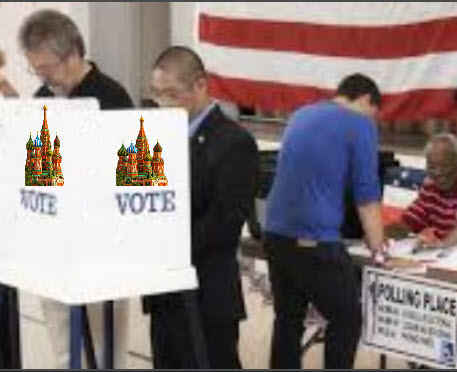 ”The Russians are coming!  The Russians are coming!”  And according to politicians in both parties, they are out to infiltrate the entire U.S. election process.  A special prosecutor is looking under every rock to find out the culprits involved.  And down here in Louisiana, the Secretary of State’s office is calling for the immediate replacement of some 10,000 voting machines at a cost of $60 million. Wow! This looks like a really crisis. But is it?

I have a bit of knowledge about the election system, having served as Louisiana’s chief elections officer for eight years, and served as president of the National Secretary’s of State Association.  I’ve been hearing the cry of election fraud and the need for new voting machines for years. Try as I may, I never could find much Election Day shenanigans.

Oh, there was occasional voter hauling and paying a few folks to vote a certain way.  But widespread voting irregularities, or some group like the Russians infiltrating the Internet to fix elections is pretty far-fetched.

The initial allegations of supposed Russian penetration of the election process came for the Department of Homeland Security following the past presidential election where 21 states were supposedly at risk.  But the Department was so worried about Russian subversion that it didn’t ever notify any Secretary of State. Some major threat!

Now I don’t doubt for a minute that the Russians, the Chinese, the North Koreans and any number of nations would love to tamper with our election system. After all, America has been doing that very thing in countries all over the world for a number of years.

A study from the Carnegie Mellon Institute reports that the U.S.  has a long history of rigging polls, supporting military coups, channeling funds and spreading political propaganda in other countries. The study found that there were 117 “partisan electoral interventions” between 1946 and 2000. That’s around one of every nine competitive elections held since Second World War. The majority of these – almost 70 percent – were cases of US interference. And these are not all from the Cold War era; 21 such interventions took place between 1990 and 2000, of which 18 were by the US.”

So is an unsuccessful effort to infiltrate our elections, as the U.S. has been doing to other countries for a number of years, a justification for Louisiana to spend $60 million on supposedly tamperproof voting machines?  Hardly. As Earl Long once said, “Let me pick the company that makes those voting machines, and I’ll make them dance.”

There is no necessity for new expensive voting machines. The more sophisticated they are, they more likely that they can be hacked.  The key, as obsolete as it seems, is to have a paper trail. As the Washington Post has argued:  “Virginia rightly took 2016 as a wake-up call and retired its vulnerable DRE voting machines. But that’s not good enough. The federal government should mandate that all elections must, at a minimum, be able to produce an independently verified paper trail for every election held at the state and local level.”

We here in the Bayou State do not need the feds to tell us what to do.  But a backup paper trail of how votes were tallied makes since, even in this day and age.  Yes it’s the 21st century, but the best protection against voter fraud is probably using 1st century technology-paper.

Back in 1980, when I was first elected as Secretary of State, there were numerous charges of election fraud, particularly in close elections. I appointed an Elections Integrity Commission to investigate.  The commission found some mistakes by voting commissioners but no sign of actual fraud.  Voting took place on those old heavy Shoup machines.  And you know what? They worked fine and produced a paper trail for verification.

There are a number of small and portable voting machines on the market that allows for a paper trail and at a reasonable price.  Actually the machines the state uses now are sufficient.  In a financially busted state like Louisiana, sixty million dollars can find a much better use.