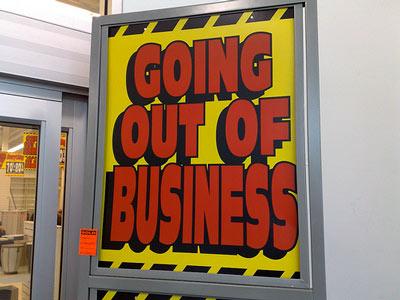 National research recently made similar findings about Louisiana’s business tax burden. A report by Ernst & Young, in conjunction with the Council On State Taxation and the State Tax Research Institute, ranked Louisiana as the top state for growth in state and local business taxes from Fiscal Year 2016 to Fiscal Year 2017 at an alarming rate of 12.5 percent. The national average was just two percent. Louisiana business taxes are now estimated at $10.1 billion annually for state and local government. The next highest Southern state was Florida at #8 with a business tax increase of 4.9 percent. Ernst & Young’s report can be downloaded from their website at www.ey.com

“Louisiana’s complex tax structure has faced continuous change in recent years,” noted LABI’s report author, Camille Conaway, Senior Vice President. “Income taxes, franchise taxes, sales taxes, and property taxes – no element of the Louisiana business tax code has been left untouched since 2015 in an effort to boost collections. And still, the tax code is arguably the most complicated it has ever been.”

More than two dozen permanent changes were made to increase tax collections, and another half-dozen temporary changes have come and gone. One tax proposal requiring a constitutional amendment was defeated at the ballot, and another law has been declared unconstitutional by the Louisiana Supreme Court.

In addition to the detailed list of tax changes, LABI released an updated version of its annual overview of the Louisiana business tax code: “Business is Paying More than Its ‘Fair Share’ in Louisiana.” The report highlights the fact that Louisiana businesses pay a higher share of state and local taxes (49%) than the national average (44%).

“Louisiana’s unemployment rate, economy and workforce participation levels, unfortunately, lag the rest of the nation, and the additional $3 billion in state taxes over three years has definitely been a contributing factor,” concluded LABI president and CEO Stephen Waguespack. “Instead of continuing this trend of targeting the business community to fix government’s challenges, it is time for the rhetoric and policies coming out of the state capitol to change. Our elected leaders should stop relying on increased government taxes, spending, mandates and lawsuits as the best way to provide improved economic opportunities for our people. The data clearly shows that approach is not working. Success for Louisiana businesses and families comes with more jobs, more private sector growth and more opportunities for our young people to stay here at home. LABI believes sustainable growth begins with a stable, competitive business tax climate, a fair legal environment, and an innovative education system, which we will be working toward in 2019 and 2020.”

Today’s report comes on the heels of another released by LABI, focusing solely on the Industrial Tax Exemption Program which can be downloaded at www.labi.org/resea