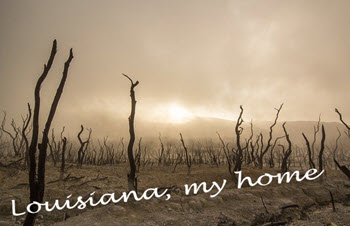 With the coronavirus spreading across the nation, all Americans are feeling vulnerable and nervous about the future. Incredible steps have been taken to shut down interaction among people and slow the spread of the killer disease. Hopefully, these measures will be successful, and life will soon return to normal in the country.

In the meantime, the crisis will get worse before it eventually gets better. One place that is being particularly hard hit is Louisiana. Our state is facing a crisis like nothing it has ever experienced. We are used to dealing with hurricanes and natural disasters, but this crisis is multi-faceted and will be long-lasting.

The first case of coronavirus was detected in Louisiana on March 9. In the next several weeks, the number of victims rapidly spread. On March 23, the Governor issued a “Stay at Home” order for all residents not working in “essential” businesses. This resulted in the closure of many of the businesses, such as restaurants and bars, that sustain the local economy.

By March 24, Louisiana was at the very top of the nation in new cases per capita and President Donald Trump approved the state’s request for a federal disaster declaration. This will entitle Louisiana to receive federal funds to combat the disease. Louisiana became the fifth state to receive this declaration, joining New York, California, Washington and Iowa.

Louisiana Governor John Bel Edwards believes that one of the reasons for the huge numbers in the state could be the Mardi Gras celebration in late February, which attracted people from all over the world. New Orleans also has a major port operation and attracts large conventions and conferences throughout the year.

With the coronavirus wreaking havoc across the state and country, the Louisiana Legislature postponed their session. Hopefully, legislators will be able to return soon, but when they assemble in Baton Rouge once again, the fiscal Armageddon must be addressed.

Not only has the coronavirus stopped business for most of the state residents, but the major industries that sustain our economy have been devastated. Of course, tourism has been completely stopped as airlines are struggling, and hotels are closing. It will be a very long time before people start visiting the state in large numbers again.

With an economy heading for recession, gambling, another source of revenue for Louisiana will be impacted. It will be difficult for residents, with very limited resources to sustain an industry that will no longer be able to depend on tourists coming to the state.

Another pillar of the economy facing difficulty is the oil and gas industry. With oil prices dropping to the lowest levels in decades, the state budget will take a major hit. For every dollar the price of oil drops, the state loses an estimated $11 to $12 million in revenue for the year. Initially for the upcoming budget state forecasters predicted a $59 per barrel price for oil. Due to a weak economy and increased production by Russia and Saudi Arabia, the price has dropped by 50% and may fall as low as $10 per barrel. Obviously, the state’s budget will need to be dramatically reduced.

The days of the Louisiana state budget increasing each year are likely over. The current $32 billion budget cannot be sustained in this weakened economic climate. According to state law, a balanced budget for the new fiscal year, which starts on July 1, must be passed by the legislature before the end of the session on June 1.  Clearly, in a legislature that is not in session and a state and country that is facing an economic catastrophe, it cannot be business as usual in Baton Rouge. Major cuts will be needed to balance our budget as we prepare for a very uncertain year ahead.