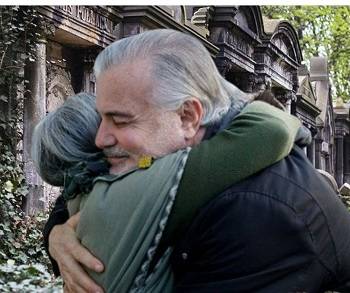 The coronavirus epidemic has raised a troubling apprehension in Louisiana and in many other states across the country. There seems to be a devaluation of older citizens. I’m in that number of older folks, and there appears to be ample evidence that older citizens are often the victims of an entrenched epidemic-the too often lack of concern for our older population.

Here’s a troubling fact. In Louisiana, the life of an older person is deemed less worthy than the life of a younger person. The Louisiana Department of Health and Hospitals has issued guidelines of a triage system that deprioritizes older people when it comes to ordering needed care. Here is what the state Health Department guidelines set out:

Life Cycle Principle (fair innings) – this means that younger individuals should have a right to the same number of years to live as an older person has already had. Using this principle, age would become the driving force. All other things being equal, with one ventilator to spare, it would go to someone 28 y/o over someone 82 y/o.

So if you are my age (80), and you have been waiting for a good while to get a ventilator, a much younger person could come in weeks later and push you out of rotation simply because of your age. Look, I’m in good shape and could well out arm-wrestle any 28-year-old. I’ll be darn if I’m going to let the Louisiana Department of Health and Hospitals push me aside and determine that I am disposable.

And do we dare discuss the appalling rate of both qualities of care and COVID-19 deaths in Louisiana nursing homes? News reports indicate that the virus has infected 71% of all Louisiana nursing homes, with almost 1000 deaths in these homes so far. The AARP and other health associations have been calling for years for the Louisiana Legislature to implement home-based health care. Such care costs less and, in this time of prudent isolation, would offer more protection form this highly contagious virus. But the legislature continues to pour state funds into nursing homes.

For years, former state Senator Conrad Appel was a strong advocate of home-based healthcare and has argued with justification that tax dollars should be diverted away from nursing homes. “We are exposing senior citizens to both death and sickness, and even more than that, fear,” Appel says.

These efforts by health officials and legislators in Louisiana raise troubling questions about the state’s concern and commitment to basic human values. If older lives are worth less than those of younger people than Louisiana had a moral blind spot that weakens the effort to stop this horrific virus and diminishes the state as a whole. We as Louisianans are better-much better than this.