Will "bumper crop" of pro-insurer laws drive down premiums 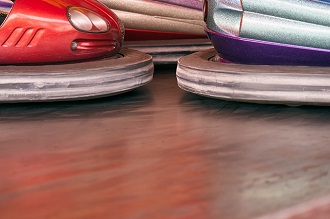 Did you hear the news? The Louisiana legislature has passed new laws that will dramatically reduce your automobile insurance rates.  By 25% says the insurance commissioner. And by the end of the year. Wow! I can hardly wait to spend my savings. Well, don’t hold your breath.

When political courage wanes and politicians search for a quick fix to age-old problems, they often seek out a scapegoat to blame. “Passing the buck” on someone else is the standard operating procedure at the state legislature in Baton Rouge.  A number of new laws, all proposed by the insurance industry, make it more difficult for policyholders to sue in court.

Under the old law, any lawsuit with an award that can exceed $50,000 requires a jury trial. The problem for those who are injured and decide to sue is that they face drastically higher costs for jury trials, which have to be paid upfront.  Insurance company attorneys can beat them down with piles of motions all related to picking a jury.

Anderson Cooper on CNN has done a series of reports (all available online) about how the nation’s top auto instance companies purposely drag out jury trials in an effort to wear down — financially and physically — those damaged in auto accidents.  Many insurance departments turn the other way to this calculated effort by the insurance industry to lessen the amount they have to pay out.

In a recent study by the U.S Chamber of Commerce’s Institute of Legal Reform showed that Louisiana is within the national average when it comes to per capita cost of lawsuits involving auto accidents.  So lawsuits are a minor part of why Louisiana has such high insurance rates.  There are many other reasons why the costs of auto insurance are so high in the Bayou State.

State Farm has ballyhooed the fact that they’re dropping their rates 9.6%. But hundreds of thousands of drivers who the company insures are not driving that much because of COVID-19.  So there are a much fewer number of claims and the company is still making a big profit.

In most states, insurance companies have to submit rate increases to the insurance department for prior approval.  Bloomberg Business Week reported recently that in California, auto insurance rates dropped significantly.  Why? Because all rate increases have to be approved by the insurance department.  So when insurance companies are allowed to raise their own rates without pre-approval, like in Louisiana, rates go up.  When pre-approval is required, rates are much less than in the Bayou State.

In summary, legislators and insurance officials have turned a blind eye to a variety of problems in the auto insurance field that have caused Louisianans to pay the highest rates in the nation. Much easier to just blame the lawyers and the judicial system.  Here is a list of problems ignored by the legislature, and are significant factors in why our insurance rates are so high in Louisiana.

Worst drivers in the nation as reported by CarInsranceComparison.com?

Rampant drunk driving where drivers have recently been cited for 7th and 8th DWIs?

Catch my drift?  There is a barrel of reasons why Louisiana leads the nation in high auto insurance rates.  It’s going to take a concentrated effort by legislators, the governor and insurance officials to put a comprehensive program in place that will cause rates to go down.  Looking for quick fixes by blaming lawyers, judges or any one particular group is disingenuous and will do little to address what has become a financial crisis for many drivers in Louisiana.

So don’t count on any premium reduction soon.  Much more needs to be done.