Louisiana students on wrong side of digital divide Featured 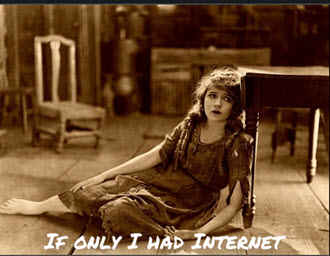 Our illustrious state Board of Elementary and Secondary Education in Louisiana has just released a startling report.  Over 25% of students, some 179,000 throughout the state, have no internet access.  Yet the vast majority of school districts teach a good part of the week virtually over the internet.  There are some 403,000 househ0lds that have NO internet connection.

This is apparently brand new news.  At least, to the state Board of Education.  Have the members been living in a cave or on a desert island?  Is this Board just waking up to the fact that internet connectivity is a basic component for any student today?  I wrote a column back in May of 2012 (found a www.jimbrownla.com) describing how important internet availability was for any child to adequately learn in the 21st century.  So 12 years later, our education board is discovering the necessity of a student’s ability to have web access.

What so few elected officials seem to grasp is the fact that the lack of internet access is widening the educational gap between the haves and the have nots.  Kids in homes without internet access are continuing to fall behind as the web becomes an increasingly essential educational tool. Students with internet availability at home have a significant homework and general learning advantage over the child who has no such access.

In my home state of Louisiana, the legislature just completed its regular 60-day session.  Even though Louisiana continues to rank at the bottom of most educational attainment lists, the words “internet access” were not spoken once by any state official during the session. The internet today is every bit as important as telephones were 50 years ago.  Back then, having a telephone was looked on as a right.  Today access to the internet is considered a privilege in many states — yet the lack of internet access it is the single biggest obstacle preventing less fortunate kids from competing.

In a number of progressive school districts around the country, computers track each student’s performance. If a kid gets a “D” or “F” on a test, the school’s computer generates an email to inform the parents so they can act accordingly. Modern educational strategies include seeing that every elementary school student has a computer. In India, innovative school leaders are making $35 touch screen tablet computers available to students, and many businesses are helping to fund such programs.

Computers have become a necessary way of life all over the world. But the advantage of having a computer is severely limited if access to the web is not available. The U.S. is the only industrialized country in the world that doesn’t have a national policy to promote high speed broadband. A number of European countries are making the web available to all of its citizens. The Supreme Court in France recently ruled that internet access is a basic right, and there is a push at the United Nations to do the same. Finland recently became the first country to actually declare broadband Internet access a legal right.

Here’s the point.  Our legislature spends months, even years, talking about testing teachers, abolishing school boards, and new ways to grade students. But none of these issues are nearly as important as ensuring that all students have the tools necessary to be competitive.

Internet availability has become not just another way to learn. It has become a critical component in the learning process. And when some kids have it, and others do not, the attainment divide continues to grow. Some kids prosper, others lag behind. Until our politicians realize this, the U.S., and particularly my home state of Louisiana will be little more than a third world nation when it comes to providing competitive learning opportunities.

Without round-the-clock internet access, over one third of our kids will drift further behind, and a large part of Louisiana’s population will become functionally illiterate.  Our kids, and our state as a whole, deserve better.

Jim Brown’s syndicated column appears each week in numerous newspapers throughout the nation and on websites worldwide. You can read all his past columns and see continuing updates at http://www.jimbrownusa.com.

More in this category: « Louisiana bias premiums out of hand as "Good driving doesn't matter" When Louisiana Governor Mike Foster took no prisoners »
back to top