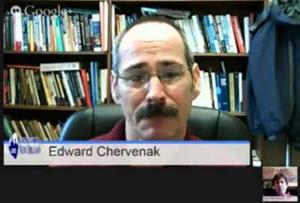 If the Louisiana Democratic Party wants to generate a comeback this fall in the statewide and governor’s election, they are not doing a good job of showing it.

Based upon some statistical information regarding “early voter turnout” provided by Dr. Edward E Chervenak, Director, Survey Research Center at UNO, turnout so far is down altogether, but the drop could be particularly hurtful to the campaigns of democrats and possibly even Jon Bel Edwards.

Last year, Democratic Mary Landrieu, lost her seat to Republican Bill Cassidy.  So, far, in all recent polls, Edwards has a strong lead and likely to be in the runoffs, but, those are just polls, not turnout.

A review of early voting data indicates that early voting for the 2015 election cycle was down when compared to early voting from the November 2014 election. Turnout was 7.7% for this cycle, a 10% decline from the numbers for the November 2014 election. (See Table 1 in Power Point).  That decrease, however, varied across voter registration categories. White turnout was down by less than 1% but African-American turnout fell by 25%. In fact, the difference in the rate of turnout across the two elections for African-Americans was twice that found for any other category of registered voters. As for gender, male participation dropped by just under 9% while there were 10% fewer women. When it came to party registration, 4% fewer Republicans showed up to vote while Democrats experienced a 13% drop in early voters compared to last year. By all indications blacks, women, and Democrats did not have the same level of motivation and enthusiasm to vote early as did whites and Republicans. 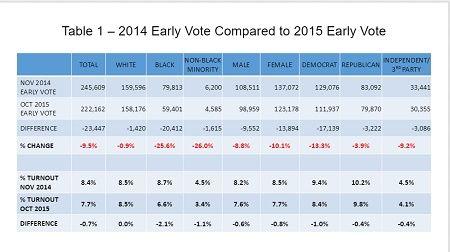 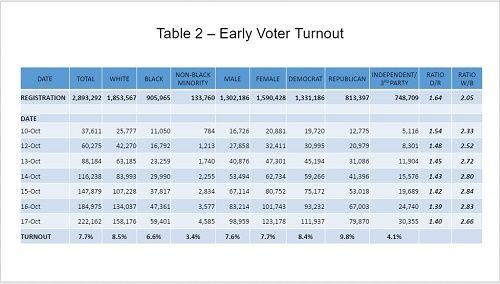 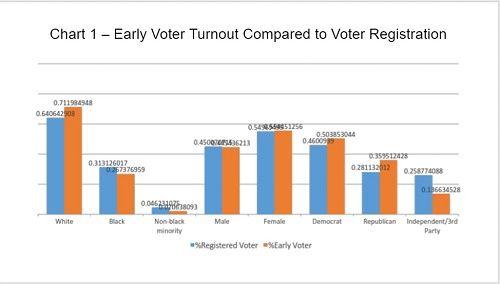 One of the story lines in the 2015 campaign has been the lack of interest by voters. The numbers from early voting provide some objective evidence to that assertion as a 10% drop is not insignificant. More critically, the drop off was most significant among those voters who are important to the success of a Democratic candidate: African-Americans, women, and registered Democrats. Whites and Republicans were almost as motivated to vote early in this election as they were in 2014. The same cannot be said for Democratic supporters.