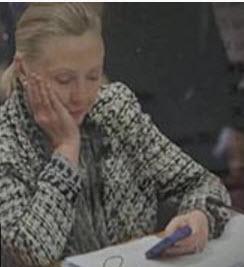 Michael Turner, (R) Ohio, Chairman, convened his House Armed Services Subcommittee on Tactical Air and Land Forces to review continued flight-testing of the JTF Lockheed F-35, designed to replace the aged A-10. The Committee considered engineering details, including altering the plane’s ejection seat weight tolerances to permit more female pilots to safely fly the aircraft. This change would further the U.S. military’s goal of more gender inclusive combat berths in all services. Testimony revealed other countries, also, want to integrating women into one of the most challenging of all wartime roles, defensive and offensive air-to-air-combat in state of the art hardware.

Trey Gowdy, (R) South Carolina, Chair, Select Committee on Benghazi, gathered his troops, again, to further his thesis that former Secretary of State, Hilary Rodham Clinton, is a no good, dirty, rotten, scoundrel. Gowdy failed to prove his thesis, probably, because it’s either untrue, my view, or it’s incapable of being proved from the now familiar set of Benghazi facts. In mitigation, the Chairman did give X-Madame Secretary a coughing fit from having to repeat so many answers already in the record, but that can only be because Gowdy has never heard a Texas Oilman say, “A dry hole is a dry hole, no matter how deep you dig it?”

Meanwhile, speaking for the nation, and Bernie Sanders, too, The New York Times has urged Gowdy to do something more productive with his time than playing Groundhog Day with Clinton. Maybe, he could learn how the classification of its secrets works in America, but, then again, maybe he can’t. It’s fairly nuanced and that’s not his preferment.

It is not impolite to ask: Which Committee made America safer today. There is no right or wrong answer to this Rorschach of values question because the people will figure it out, eventually, at the polls, regardless of what this Congress thinks, or more often than not, doesn’t.

Mike Malak is an attorney, photographer and writer and an occassional contributor to Bayoubuzz.com