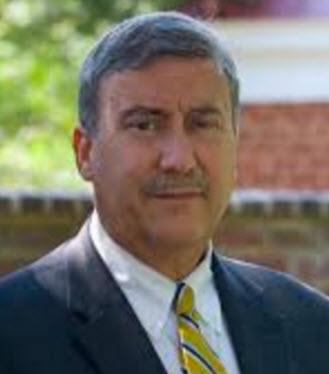 On Saturday, Sen. David Vitter (R) and state Rep. John Bel Edwards (D) advanced to a runoff in Louisiana, which is scheduled for Saturday, Nov. 21.

The Vitter-Edwards matchup has seemed likely for months, but Vitter comes in weaker than expected: He won just 23% of the vote in the all-party primary, finishing ahead of two Republican rivals. Vitter took on water in the latter stages of the primary, taking fire from both Republican and Democratic opponents over his use of a DC prostitution service several years ago and forflip-flopping from supporting to opposing Common Core education standards. Despite being rivals with Gov. Bobby Jindal (R), Vitter has had a harder-than-expected time distancing himself from the unpopular outgoing chief executive. And, this being Louisiana, weird stories have emerged, such as Vitter’s connection to a private investigator who was arrested by a rival parish sheriff for videotaping a conversation between the sheriff and some Edwards supporters.

Edwards, who is pro-gun and opposes abortion rights, got about 40% of the vote. So both candidates start far short of the 50% needed to win the two-man runoff. Vitter will need to more than double his percentage, although the three combined Republicans won 57.3% of the vote. In order to win, Edwards would need to capture roughly a quarter of the votes cast for the other two Republican candidates, Public Service Commissioner Scott Angelle and Lt. Gov. Jay Dardenne. In other words, both candidates have steep climbs.
The most recent runoff election in the Pelican State, the 2014 U.S. Senate race, saw a 13.5% drop in total votes from the jungle primary to the runoff. But over the last 30 years, all other runoff general elections for governor or U.S. Senate have seen either little change or substantial increases in turnout (though in the two largest cases the runoff occurred on the national Election Day in November, an obvious explanation). The comparative figures for major statewide elections over the past 30 years are presented in Table 1. Notably, no gubernatorial runoff in this period has seen lower vote totals in the second election, even in uncompetitive blowouts. This leads to two as-yet unanswerable questions: Will some Republicans decide to vote for Edwards despite his partisan affiliation? And might some Republicans opt to simply not show up out of spite towards Vitter, perhaps leading to an unusual downtick in gubernatorial turnout?
The Republican Governors Association has already been attacking Edwards as a President Obama clone — a rinse and repeat message for the GOP in a conservative state — while the Democratic Governors Association, after staying out of the race before the jungle primary, is dipping its toes in, making a small $300,000 buy on a smart, harsh ad using criticisms of Vitter from before the primary by Angelle and Dardenne.
We still think Vitter has a slight edge in the runoff despite the ground he needs to make up because of his party label. But we’re far less confident in the outcome than we were, so we’re moving the race from Likely Republican to Leans Republican. In fact, Toss-up might even be more warranted, but we’ll wait to see how the contest develops before going that far.
Tweet
Tweet
Published in Latest Buzz

More in this category: « Why was Louisiana election turnout so poor? Wake up Louisiana Look! A Governor's race and election! »
back to top