Wake up Louisiana Look! A Governor's race and election! 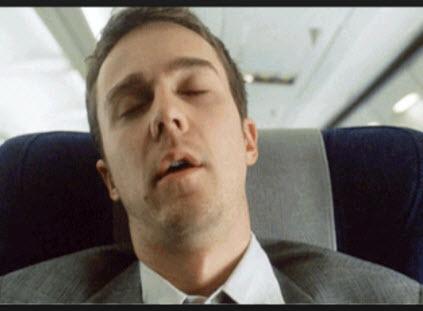 Do a majority of folks in Louisiana even care about who governs them in the coming years?  You wouldn’t think so based on election turnout in last week’s gubernatorial election.  Election officials had projected just under 50% turnout. As a former head of elections during my time as Secretary of State, I had projected a bit above 40%.

Now remember that some 30% of adults over eighteen who could register have not done so.  That means the less than 30% of Louisianans over eighteen bothered to show up at the polls to vote.  And with a competitive runoff for governor and a number of other races, projections are even lower for the runoff less than thirty days away. I wrote in last week’s column as to why the lack of interest.  (http://www.jimbrownla.com/blog/?p=14493)  So what can be done to spark more “election fever” in the future?

First, eliminate all election dates but one.  We have way too many elections.  In the past year alone, Louisiana has held 10 different elections. All these special and local elections could wait until one election date a year. The savings to taxpayers would be some six million dollars.

And why have statewide elections in the fall to begin with? Many other states hold elections in the spring. Fall elections compete with LSU and Saints football along with fairs and festivals. A spring date would engender more interest.

Third, strictly enforce the laws that prohibit a candidate from coordinating with a third party PAC.  Millions of dollars poured into Louisiana from outside the state by sham PACs set up by the candidates.  I’m against such PACs but the Supreme Court recently made them legal.  Candidates are prohibited by law from any involvement or coordination.  But both candidates and PACs regularly violate the law.

Without all this outside money, candidates will have to get back to “retail” politicking; showing up at fairs and festivals, riding in local parades, and re-engaging directly with voters.  This will certainly create more interest on Election Day.

Forth, make voting easier. The world has changed in some many ways. You can buy, sell, conduct business, pay your bills and taxes, and interrelate in just about any possible way with the exception of how you vote.  Why does one have to get in their car, drive to a polling location, wait in line, all just to vote?  Isn’t it possible to design a system to allow voting electronically wherever you happen to be?

Oh, the naysayers will holler wide spread election fraud.  I disagree. A voter could enter their social security number on a smart phone and cast their ballot. Yes, it would be possible to use a family member’s number to illegally vote.  But someone who would attempt such a scheme is messing with your right to pick those who run the country and keep us safe.  So stick them criminally if any attempt is made to defraud the system.  How about a minimum of ten years in jail for such perpetrators?

But seriously, how about this idea.  If we eliminate all these special elections, the state will save millions of dollars in elections costs. So let’s give some of those savings back. When a voter finishes cast their ballot, the system gives them a number. That’s right. A lottery number! The state takes $500,000 of that multi-million dollars savings, and the lottery picks twenty different voters to each receive $25,000 for being a winner in casting their vote. Think of the renewed interest and higher turnout that would take place.

Poll after poll indicates that Louisiana citizens have little confidence in how their state is being run.  But the present system offers little incentive and too many roadblocks to make voting easier.  Maybe a little creative thinking by new legislators in Baton Rouge could help in getting voters out of their current doldrums. There is really not much at stake.  Well, except for the future of our kids and our quality of life.

“Bad officials are elected by good citizens who do not vote.” -- George Jean Nathan