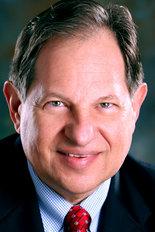 Roger Villere, the Chairman of the Louisiana Republican Party is in somewhat of a difficult position.  Over the years, he has been one of the most influential forces in taking the Republican Party out of the phone booth and transforming it into the dominant party that it is today.  However, as of now, the most important state job is at risk, that is, the Louisiana governor’s spot.  Currently, David Vitter, also, one of the prominent influences in bringing the GOP out of the cellar, is trailing his opponent, Jon Bel Edwards, a Democrat.

In part I of the interview, Villere discusses the news of John Treen’s (brother of Dave Treen, former Republican governor) endorsement of Jon Bel Edwards.  Villere explains his efforts to consolidate the republican forces, despite an isolated high-profiled backing of the democrat.

Villere (01:40) also explains the party’s endorsement of Jeff Landry for the position of Attorney General against another republican and a democrat-convert, incumbent Buddy Caldwell.

The chairman also discussed party efforts (03:01) to get Vitter’s republican opponents to support the US Senator.  As of the time of the airing of the program, One top Jay Dardenne official Communications Director Marsanne Golsby has backed Edwards and the campaign chair Jay Vicknair has backed Vitter and has become a senior campaign advisor for the Vitter campaign.

After the program completed, rumors were spread that Dardenne would be supporting Jon Bel Edwards, which did occurr today.

One of the radio callers (04:04) discussed his reasons for backing Vitter, claiming the establishment and the democrats are afraid of Vitter’s willingness to be a reform candidate, his lack of interest to care about what people are saying about him.  The caller added that if Edwards wins, “it’s over”.

Villere discussed the fact that republicans control both houses and whether there would be a run-away democratic government, should Edwards prevail.

More in this category: « Turning Louisiana prisoners loose is not just a political commercial GOP's Priebus, Roger Villere's strong-arm tactics against Dardenne reek of hypocrisy, extortion »
back to top