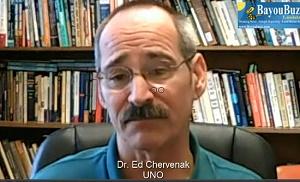 Ed Chervenak, UNO Political Scientist and Professor has provided details concerning early voting in Louisiana. While the election is now six days away and things can absolutely change on the ground, the early vote does show a stronger turnout for those who might likely vote for Jon Bel Edwards.

Here are his comments, forwarded to Bayoubuzz.com

If we dare make any assumptions from the early voting numbers it would be that trend in the numbers are more favorable to the Democratic candidate John Bel Edwards. The fact that African-American and registered Democrat have boosted their numbers to a greater extent than whites and registered Republicans benefits Edwards.