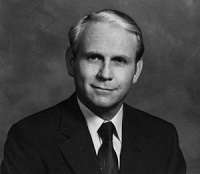 by Jim Brown
You may not have heard, but there is apparently a strict code of loyalty among Republican candidates in Louisiana. They follow the rule of never speaking ill about a fellow republican, and they always rally behind the parties’ choice against any democratic challenger.

That’s why the wrath of the party reigned down on Jay Dardenne, the current Lt. Governor and unsuccessful gubernatorial candidate in the recent statewide election.  Dardenne finished forth and had the audacity to endorse Democratic challenger Rep. John Bell Edwards. Republican officials were quick to castigate Dardenne for his unforgiveable blunder.

The national Republican Party Chairman, Reince Priebus, called Dardenne’s action an “act of betrayal to the Republican Party.”  Back home in Louisiana, state party boss Roger Villere labeled Dardenne  “the Nick Saban of Louisiana politics.”  That might not be the best shot to take since Saban seems to have LSU’s number, roundly trouncing the Tigers just two weekends ago.

So is it an unforgivable party betrayal to cross party lines in the Bayou State?  Hardly.  Both democrats and republicans have been doing it for years.  A good example, one that these outraged GOP official don’t want to mention today, was the gubernatorial election of 1979.  I remember the details well since I too was on the ballot running my first statewide race for Secretary of State.

Republican Congressman Dave Treen led the first primary field of candidates with Lt. Governor Jimmy Fitzmorris and Public Service Commissioner Louis Lambert, both democrats, in hot pursuit.  Jimmy Fitz initially led the vote totals for second place and a run off spot against Treen.  But when the voting machines were opened three days later, Lambert jumped ahead of Fitz and claimed the run off spot.  The Fitzmorris team cried foul and immediately filed suit to overturn the results.

Prior to my election as Secretary of State, there was no official count to determine results on election night. The old-time voting machines spit our a printed results card that a voting precinct clerk would drive down to the clerk of court’s office. There the results sat until the following Tuesday’s actual vote count.

After a lengthy court fight, democrat Lambert was declared the victor to face republican Treen in the run off.  The four candidates behind Treen and Lambert in the vote count were all democrats.  And guess what?  All four democrats endorsed republican Dave Treen!  Yes, there was some mumbling by democrats about betrayals. Treen barely won and the four endorsements certainly made the difference.  Will the same thing happen on November 21st?

Upon taking office, I formed an Elections Integrity Commission to investigate the voter fraud allegations.  When the official count took place three days after the election, there were a number of changes in the totals.  Many were based on problems with the old voting machines.  Polling commissioners had to open the backs of the machines on election night, stand up on a stool, and read small vote totals often in dim light.

I observed one vote count at a precinctwhere an older commissioner looked at the back of the voting machine, squinted and tried hard to make out the small numbers. “Hum, let’s see. I think it’s 325, no it’s 225.”  He just had a hard time reading the totals, and mistakes were made. When the official counting took place the following Tuesday, it was daylight with a number of officials reading each tally. So after an exhaustive study, my commission concluded that it was human error, not voter fraud that caused discrepancies in the final vote count. Yes, and new voting machines were ordered.

Louisiana is the only state in the nation that has an open or “jungle” primary, where all the candidates, democratic and republican, run together. The top two vote getters enter a run-off regardless of party affiliation.  It is hard to demand party loyalty when two candidates from the same party often face each other in a run off.  Political parties can’t offer any help unless their candidate is facing an opposing party candidate.

What this means is that party officials might not be happy about one of their candidates crossing party lines. Oh, they might try to even the score in a future election.  But in the scheme of things, party officials who demand total loyalty by losing candidates look petty and vindictive. They certainly do not help their cause to win elections.

I’ll be damned if I’m going to pay for a landslide.”