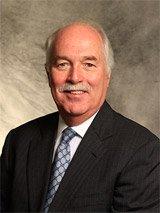 The Louisiana Elections will go down as one of the most brutal in state’s history.

There were many issues floating around including David Vitter’s sin, whether Jon Bel Edwards was a true moderate or a liberal, if Republicans would move towards Edwards and even whether the Louisiana Democratic Party could energize black turnout.

On Sunday, I discussed the election with Political Consultant Greg Rigamer, who provided polling,, tracking and analytical services initially for Republican Scott Angelle and then for Super PACS related to the campaign.

He also provided services for Billy Nungesser, who is now the Lt. Governor-elect for Louisiana, replacing Jay Dardenne.

The interview with Rigamer is broken down into multi-parts in the video playlist below.

The statewide election was the most exciting election since 2003, gov race; In 2007 and 2011, it was pretty much a foregone conclusion that Bobby Jindal would win.  However, this race, common knowledge proved to be wrong.

Scott Angelle was hampered by resources, he needed to get out his name recognition and towards the end of the campaign Angelle was making “significant gains on Senator Vitter”.

Rigamer talks about his background leading up to the campaign.  He has provided services to David Vitter, Mary Landrieu and many of the major candidates in the campaigns.

Rigamer would provide strategic consulting services which includes voter identification and mobilization.  His focus is to focus on the people who will be voting and more than likely voted consistent with the interest of his client.

Started with significant more support the n when tracking  up to Oct 24;  Was very clear he was very strong with traditional republican base but Louisiana has a significant number of white and other race, democrats and other parties. Republicans and African American have somewhat predictable votes but the largest voting block are this group.

TALK ABOUT THIS BELOW