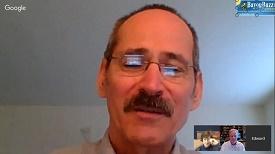 We hear the complaint that political polls are not accurate and so why use them?  In the recent Louisiana governor’s race with David Vitter against Jon Bel Edwards, there were some polls that were very accurate and others who missed the mark significantly.

(Below is an incomplete list compiled by Huffington Post Pollster.com.  The list did not include a tracking poll by Verne Kennedy of MRI, which the day prior to the elections, determined Edwards 55 to Vitter’s 45, one point off of the 56-44 spread.

Another tracking poll, the day prior to Election day, by Greg Rigamer found Edwards 50- Vitter 40 with the rest undecided.

There were some conservative or Republican polls that consistently found the candidates apart by single digits.

Jim Brown: Well we talk to Ed and other pollsters about how accurate polls are and there have been some national articles about the fact that it's pretty hard to pinpoint numbers and the poll. So many people have cell phones, you can't get a hold of them, young people being disinterested, and how you balance out African-American voters, and it's just much much tougher today--I've got to tell you, I've been very impressed with Ed and with the other major polls that were independent polls that basically were calling this race pretty solidly--a big lead initially for John Bel Edwards, tightened up with the Syrian episode and landed about where I would've thought it should land, so Ed, I wish you'd  comment on that--can you get pretty accurate polling, we did in Louisiana, what about these naysayers who say these pollsters just get paid these big fees and are desperate.

Ed Chervenak: They're not paying me those big fees that's for sure. It is a difficult terrain for the public opinion industry and for political polling, especially--we have seen some disasters, I guess recently, that's a way we can call it, we saw in Great Britain, I think about other events in foreign countries, we saw it in Kentucky where the pollsters were way off and a lot of this has to do about the fact with that people's relationship with their phones have changed over time, that 50 years ago, everyone had an land line and that everyone answered the phone. Today, less than half of Americans have a landline and they don't answer the phone. There's all this technology, you have call waiting, you have answering machines that screen out pollsters and have basically reduced response rates. So it has become more difficult but one of the differences I saw in the accuracy of the polls was the more accurate polls were the ones who use the live interviewers rather than the automated calling.  I think using live interviews is the best way to go, it is expensive, but I think you get higher response rates and a more accurate sample by using live interviews. 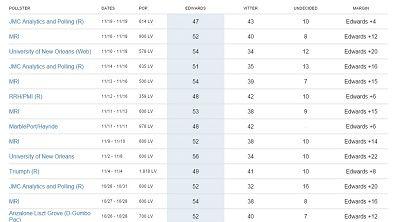