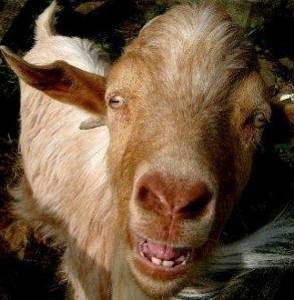 Republican Gov. Bobby Jindal – often referred to by detractors as the little dictator – has struck again. He has put another notch on his vindictive gun, punishing a state legislator who dared to disagree with him on a legislative issue.
This time, it is one of our northwest Louisiana state representatives, Republican Jim Morris of Oil City, who was stripped of his position as vice chairman of the House Natural Resources and Environment Committee.

Morris, an independent oil producer, who is in his second term as the representative of House District 1, evidently saw the handwriting on the wall early-on when Jindal presented his educational reform package.
Morris knew he could not support the governor’s centerpiece education bills making it tougher for teachers to reach the job protection status called tenure, and he could not support the legislation to create a statewide voucher program that will use taxpayer dollars to send children to private schools without a transportation component.
Neither of those proposals would benefit education in his mostly rural north Louisiana district, which includes parts of Caddo and Bossier parishes. So he submitted a letter of resignation to House Speaker Charles Kleckley, R-Lake Charles, before the session began, offering to resign as vice chairman of the committee. However, the Speaker did not act upon it.
Morris also opposed the use of one-time revenues to plug budget holes, which Jindal’s budget contained. The vote in the House against the governor was 51-49. The Senate restored the funds and the budget with one-time revenues was eventually approved by the House.
So, after the session was concluded, Morris was targeted to be punished. And, as usual, the governor and Republican leaders are playing games with the action.
Oh no, it wasn’t the votes Morris cast that were the problem, according to Kleckley. Morris was told by the Speaker that he showed a “lack of interest” in the work of the committee. Never mind that Morris never missed a meeting and was never late for one.
Then Kleckley had the nerve to say, “He has represented his district very well, and I think he will continue to represent his district, and he’ll continue to be my friend.” With friends like Kleckley, who needs enemies?
The games people play in Baton Rouge. We all know that Jindal was behind the demotion of Morris, even though his official mouthpiece is denying it.
Morris is not the first lawmaker who bucked the governor and was ousted from a leadership position by Kleckley, who, of course, was backed – in other words, hand-picked – by Jindal for Speaker.
In March, state Rep. Harold Ritchie, D-Bogalusa, lost his vice chairmanship of the House Insurance Committee after voting against a tax-break bill Jindal wanted. And you can add the two legislators to a growing list of other state officials and employees who have been fired by Jindal because they disagreed with him on policy and issues.
Apparently, this governor does not believe in constructive criticism or in listening to the views of the opposition. If he did, he may learn something.
Morris certainly deserves a pat on the back and the gratitude of his constituents for putting them first, ahead of Jindal’s personal political ambitions. We sure could use more like him in the Legislature.
Will the day ever come when the state Legislature assumes an independent role in government?

...And that ain’t all
Add a couple of more notches to Republican Gov. Bobby Jindal’s vindictive gun. He used his line-item veto power to punish a couple of Republican statewide officials for interfering with his budget proposals.
Who were they? None other than Lt. Gov. Jay Dardenne and state Treasurer John Kennedy.
Dardenne complained about not getting enough money for tourism advertising. As a result, Jindal vetoed $2 million in marketing funding for Dardenne’s agency. They governor said the expenditure exceeded available revenue.
Kennedy criticized Jindal for a patchwork approach to the budget, noting that using one-time revenues was not a wise thing to do. Kennedy also questioned other budget decisions of the governor.
So Jindal, using his line-item veto pen, struck $511,279, which was appropriated for Kennedy’s office. In his veto message, Jindal said removing those funds would help Kennedy “streamline” his office.
That caustic comment from the governor referred to Kennedy’s participation on the Commission for Streamlining Government, where Kennedy opposed the use of one-time revenues to plug budget holes.
The governor’s mouthpiece, Kyle Plotkin, said Jindal was unavailable to discuss his actions. Some media assumed he was off on another taxpayer-funded political junket to another state to raise more campaign funds and audition for the vice president’s spot on the Republican ticket.

Call her ‘Madam Secretary’
It seems that losing the Senate District 37 race was not such a bad thing after all for former Republican state Rep. Jane Smith of Bossier City, who represented House District 8 for 12 years.
In 2011, she was defeated by fellow Republican Barrow Peacock, 55-45%, for the Senate seat, which was vacated by Republican B.L. “Buddy” Shaw, who did not seek a second term.
Smith, a staunch supporter of Gov. Bobby Jindal – he supported her Senate candidacy – while in the House, was appointed Deputy Secretary for the Louisiana Department of Revenue in January of 2012.
Last week, Jindal appointed Smith to serve as Interim Secretary of the agency upon the resignation of Secretary Cynthia Bridges, who has been with the Department of Revenue since 1997 and its Secretary since 2000.
The reason for Bridges’ resignation was the emergency declaration expanding a state vehicle tax credit that the governor did not know about.
When the governor learned of the action by Bridges, he rejected it, saying that he felt it would put the state’s finances in peril. Bridges resigned the next day.
Here’s the thing. The action by Bridges was the result of a bill passed in 2009 introduced by – you guessed it – then-Rep. Smith, offering generous tax credits (up to $3,000) to those who purchase certain types of automobiles that operate on clean-burning alternative fuels.
Eighty-three House members signed on as co-sponsors, and it passed the House by a vote of 84-12. In the Senate, the vote was 34-0. Jindal signed the legislation into law.
It turns out everyone, including the governor, underestimated how much this tax credit would cost the state in revenue. Instead of $1 million, the cost ballooned to $100 million. When that was brought to light after Bridges implemented the law, it was time for the governor to seek a scapegoat.
Of course, it turned out to be Bridges, who has served three governors during her tenure. No matter that she was carrying out her job to the letter of the law.
With Smith waiting in the wings, Jindal was more than willing to axe Bridges, knowing that his loyal friend would now run the Department of Revenue. Sounds familiar?
You can get the whole sordid story by going to Tom Aswell’s website, Louisianavoice.com.

FAX-NET UPDATE is published weekly and delivered to your home or office by fax or e-mail. Subscription rates are: $50 for 12 months (50 issues) or $35 for six months. To subscribe, send check or money order to: Fax-Net Update, P.O. Box 44522, Shreveport, LA 71134. If you have questions, tips or want to do a guest column, call 861-0552 or send e-mail to louburnett@comcast.net. Lou Gehrig Burnett, Publisher.