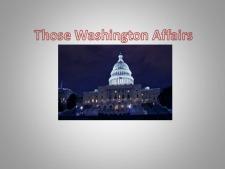 Or shall we say New York Democrat Congressman Anthony Weiner.

Because for now, after everything is said and done, Weiner is the New York Congressman and has chosen to fight rather than switch to become Citizen Weiner.

As a result, this new national made-for-TV affair is becoming a political free-for-all.  Many Republicans are smelling blood and are taking this scandal to the mat. On radio, on TV and in the media, they are saying the disgraced Congressman should resign.  The so-called conservative talking heads on Fox and elsewhere are claiming the Democrats are not moving hard or fast enough to criticize Weiner, to investigate him or even to remove him from elective office.    Some Democrats are indeed slow to criticize one of their own and are playing into this game of “gotcha” where they are painted by their opponents as being morally-deficient.

Personally, I believe Weiner should go.  Sooner rather than later.  He has embarrassed the country, the Democratic Party, his constituency, his family and perhaps most of all, himself. The powers that be should immediately take whatever action is necessary to force this man from public office and to prosecute him for any legal wrongdoings.

What if the events turn out more like that which has occurred in Louisiana in recent years rather than what we weeks ago have seen with the matter of Republican Governor Arnold “The Terminator” Schwarzenegger?  It appears in the latter case, it appears the wife has said enough and is going her own way.

Just what if Weiner and his wife appear in public where she says she forgives him for his hurtful humiliating personal transgressions?

What if Weiner says in public that he has committed a terrible sin and he has asked God to forgive him?

Would the scandal then be over and left to the voters in his district to decide his future political fate?

After all, based upon what we have heard from some voters in Louisiana and elsewhere, what a man does in his private life should have no bearing upon his performance as an elected official.

We have also heard that if the wife forgives the husband, the case is closed; hubby can be re-elected and nobody can ask any further questions.

We will see if the cries for Weiner’s ouster will change in this sexual scandal du jour if the “Mrs.” says all is well and further claims that those wanting “Anthony’s” head are meddling in private affairs and are just “haters” anyway.