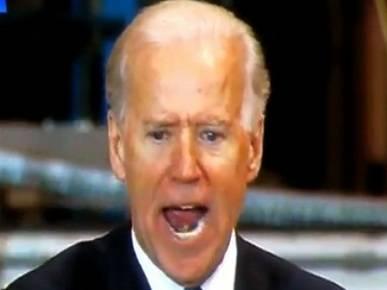 Below is the full text of the op-ed by Vice President Joe Biden entitled, “Delivering the Accountable Government that Taxpayers Deserve” which was published today in McClatchy Newspapers. The White House has released it to the media for publication.

Right now in Washington, there is a big debate about how to cut spending and rein in deficits while we continue to create jobs and build the platform we need to succeed in the future. The American people have high standards for how their tax dollars are spent, and the government has to find ways to eliminate expenses that are either wasteful or non-essential.

As part of that effort, our government must work harder to make sure that tax dollars are not wasted on government programs that are ineffective, duplicative or just plain unnecessary. The president and I feel strongly about this, and that is why we launched the Campaign to Cut Waste.

Two years ago, the president asked me to patrol all those who received money as part of the Recovery Act. We wanted to make sure every dollar spent was accounted for and used properly. We used the most sophisticated technology to detect and prevent fraud before it happened, and we placed a strong emphasis on making sure every federal agency — every Cabinet secretary — was focused on it, too.

Through our diligence, we have had an unprecedented low level of fraud, with just a fraction of 1 percent of awards experiencing waste, fraud or abuse.

With the Campaign to Cut Waste, we are taking this approach government-wide, applying it to everything we do. We’re focusing on how we can cut waste, get the most from taxpayer dollars, and reform how the government works so you, the American people, get the best service possible.

First, we’re establishing a new Government Accountability and Transparency Board this summer, modeled after our Recovery Act Transparency Board. This will bring together the nation’s top waste, fraud and abuse watchdogs so that taxpayers can see exactly what their tax dollars are buying and trace the progress of work under all government spending.

Second, the president has asked me to continue to work with our Cabinet secretaries to find every dime of waste in their agencies and make government work more efficiently. One way we’re doing this is through the President’s SAVE Award, where we reach out to federal employees all across the country for their ideas of where we can be smarter and do our jobs more efficiently. Then the American people vote for the best idea.

Over the last two years, federal employees have submitted 56,000 ideas to WhiteHouse.gov/Save-Award and dozens of those have gone straight into the president’s budget. As a result of previous ideas, we ended a practice of returning empty containers by overnight shipping, and moved more of our services off the printing press and into the digital age. Small ideas like these are adding up. Today we are launching the third annual SAVE Award, so there will be thousands more ideas to save taxpayer money.

Those awards are just one part of this campaign, building on the administration’s continuing effort to make government more efficient, effective and accountable to the American people. Over the last two years, we have begun to change how Washington does business, and have saved billions of taxpayer dollars.

We’re changing the way we do federal contracting. Last year, we cut "no-bid" contract spending by $5 billion. Such contracts may be justified when we’re responding to wartime emergencies and natural disasters, but, because of the absence of competition, they result in higher prices, meaning we’re not getting the best bang for the taxpayers’ buck. As a result of these and other reforms, we cut contracting costs last year for the first time in 13 years.


We also have a plan to cut through red tape that for too long has prevented the government from selling off and consolidating excess government real estate — entire office buildings and warehouses that have been sitting totally vacant, serving no real purpose. The money we save from no longer having to maintain the buildings, plus the proceeds from selling them, will save $15 billion over three years.

As the president and I continue to work with Congress to address the federal deficit, we will need to make many tough decisions. We will need to cut programs and consolidate efforts across government. The president and I — and this entire administration — are deeply committed to making the federal government work for you, saving money where we can, and getting returns on all our investments on behalf of American taxpayers.

This effort involves more than just eliminating fraud and waste; it means instilling a new culture of efficiency, of responsiveness, of accountability. We’re changing the way government does business. We’re working to give the American people the government they expect — and deserve.

Joseph R. Biden Jr. is the vice president of the United States.

For Email Newsletters you can trust

What should U.S. Congress do to prevent default?
(Use your Facebook profile. Login and speak your mind) Join Bayoubuzz'sLouisiana Politics and Government community is a social media site that is designed to help connect people, government and politics in Louisiana. You can share photos, videos, audio, blogs, comments, and a full variety of content
Tweet
Tweet
Published in Latest Buzz