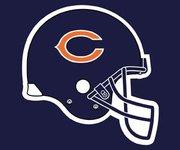 Chicago Bears fans are coming to the Superdome for Sunday's Saints-Bears game, but they probably won't get surly treatment like the Saints fans suffer when they are in Chicago.

It all started back in 1991 when the Saints were playing the Bears in a wild card playoff game. Saints fans were pelted by snowballs and were treated rudely. The Bears won 16-6 and Chicago fans rubbed it in with profanity.

Bears fans in the end zone even cursed Bears Hall-of-Famer linebacker Dick Butkus as he trotted off the field.

In the Saints NFC Championship game in 2008, thousands of Saints fans traveled to Chicago and they vowed to never return. Bears fans denigrated New Orleans and one Bears fan carried a sign that read “Bears Finishing What Katrina Started."

Michael Bayhan, a Saints fan, told the Chicago Tribune, "Unfortunately, I had to leave the game early because of the threats against me by a Bears fan sitting in front of me. I was told by the same person that it was too bad I didn't drown in Katrina. Upon leaving the game. I saw a Bears fan throw his beer at a New Orleans TV reporter."

Chicago was always one of Kathleen Hannigan's favorite cities. She and her husband, Lawrence, made the trip to Chicago for the NFC Championship game, which changed her outlook on the city forever.

Hannigan, like many Saints fans who endured the bitterly cold weather at Soldier Field that Sunday afternoon, she and her party of four were threatened and intimidated almost the moment they walked into the stadium. One fan intentionally elbowed her husband and others tauted their friends with Kartina-related insults.

Other fans said Bears fans hurled snowballs and went out of their way to instigate confrontations.

I've never seen anything like that," Hannigan told Nola.com. "They were hurling expletives at us, and everything was Katrina-related. It was a very personal attack. We never leave a Saints game early, but we did this time because I was afraid."

Fans from other teams don't get surly treatment at the Superdome because the crowd isn't out of control.

The Saints have more talent at defensive tackle than they thought the team would, even though the front line had a below average game against the Packers. Their original plan was to bring back Remi Ayondale, but the Vikings paid him more money than the Saints thought he was worth. They didn't think they could afford Aubrayo Franklin, who had been a franchise player for the 49ers last season. As it turned out, the market closed on Franklin.  He is rated as an outstanding  run defender. He signed a one-year deal for $4 million, adding him to a tackle group that included Sedrick Ellis and Shaun Rogers. The Saints' plan was to play Franklin at nose tackle and give the Saints more ability to put inside pressure on quarterbacks...

Darren Sproles, 5-foot-6, is the shortest player active in the NFL now that 5-foot-5 Trindon Holliday was placed on the Texans practice squad...Sean Payton talks with Bill Parcells twice a month about coaching...The Saints' 53-player roster includes 23 players who weren't there on opening day in 2010. Fourteen played on defense are gone.. Just 27 players remain with Super Bowl rings...Randy Moss' agent Joel Segal confirmed on Saturday that the team has expressed no interest in him. WWL-TV reported the Saints had Moss in for a visit, but Saints GM MIckey Loomis said he story was fabricated...

Drew Brees and Aaron Rodgers combined to make history. They teamed up to be the first pair of opposing quarterbacks in NFL history to both pass for at least 300 yards...The Saints used mainly a 4-3 base defense with a little 3-4 thrown in on 55.9 per cent of their plays last season. Against the Packers they got away from that and went to their nickle and dime packages. The Saints used five or more defensive backs on 60.9 per cent of their plays against the Packers with cornerback Patrick Robinson. That didn't work out at all. Against five or more defensive backs, Rodgers completed 81.4 per cent of his passes for 264 yards and three touchdowns.

The Saints had a little more luck with the blitz in the final three quarters and they used it more often. After the first quarter, the Saints blitzed on 66.7 per cent of the Packers' passing plays and Rodgers wasn't quite as effective. In those situations in the last three quarters, he was 9-of-14 ...The Saints No. 1 draft choice in 1998, Kyle Turley's tour bus and his band played a spirited hour-long set in the parking lot of Brett Favre Steakhouse before the Saints-Packers game...

SOME hither, others yon: It's going be difficult for the NFC South to claim be the best division in the NFL after the three 10-win teams lost a collective three games in Week One.  Last season the NFC South produced three 10-game winners. The three 10-team winners lost to members of the NFC North with the Packers beating the Saints, the Bears knocking off the Falcons and the Lions downing Tampa Bay. Carolina lost to Arizona After Week One, the NFC North may be the best division...