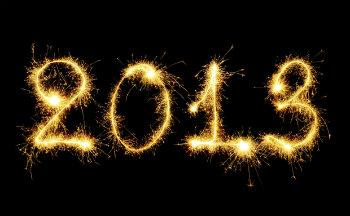 When asked about the Immaculate No-Show, Notre Dame President Rev. John I. Jenkins commented: "They weren't afraid. They were at confession!" A provision in the new contract of Saints Head Coach Sean Payton gives him approval of all Saintsations dancing on the sidelines. The NFL rejects the provision, and Payton decides to play out the 2013 season on his tolled contract which would make him a total free agent for the 2014 season. Tom Benson immediately fires Payton and names Joe Vitt head coach.

In the NFL playoffs, the Seattle Seahawks roll through the NFC while the Denver Broncos take the AFC title. In the Super Bowl, Peyton Manning leads the Broncos to a 42-41 win over the Seahawks in his home town. After the game, Manning announces he has achieved all he can in sports and is joining the cast of NCIS as team leader after Leroy Jethro Gibbs retires to a Mexican beach. In the 139th running of the Kentucky Derby, Todd Pletcher's Delhomme crosses the finish line a nose ahead of Normandy Invasion.

The New Orleans Hornets finish 41-41 as Eric Gordon averages 23 points per game the last half of the season and Anthony Davis is named NBA rookie of the year. Owner Tom Benson promptly announces a three-team trade in which he acquires the name Jazz from Utah and sends the name Hornets to Charlotte which sends the name Bobcats to Utah, whose state Division of Natural Resources immediately announces it is lifting the endangered species designation and will revive a three-day bobcat hunting season at $1,000 per tag. Proceeds will go the NBA's David Stern Retirement Fund.

Les Miles resigns as LSU head coach to become head coach of the Oakland Raiders and immediately makes Tyrann Mathieu the Raiders' first selection in the NFL draft. Says Miles: "Al Davis established a commitment to excellence by drafting JaMarcus Russell. Drafting Honey Badger is the least we can do." UNO baseball finishes 30-20 in its restoration season into Division I, and UNO president Dr. Peter Fos announces he is requiring all students to attend at least 50 percent of baseball, basketball and volleyball games as a pre-requisite for graduating.

The new New Orleans Jazz draft 7-foot Indiana Center Cody Zeller with their first pick. In the continuing round of conference musical chairs, Tulane accepts an offer to join the SEC's new Developmental League along with Houston, Southern Mississippi, SMU, East Carolina and Tulsa. The SEC D-leaguers do not share in TV revenue, bowl appearances or BCS championship money, but they do get an automatic qualifier to the New Orleans Bowl.

NFL Commissioner Roger Goodell announces his retirement to become U.S. Ambassador to Estonia, commenting: "Saints fans will never find me in Estonia!" The Saints win all their games in September and October, and qualify for the playoffs by Thanksgiving. Jonathan Vilma immediately files suit because he was cut in March and did not get to play. Neutral arbitrator Paul Tagliabue reinstates Vilma and awards him back pay, which triggers salary cap penalties costing the Saints another No. 1 draft choice.

All that couldn't really happen, could it? Stay tuned, and Happy New Year to All!