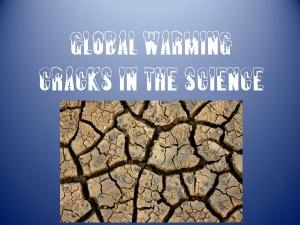 Almost exactly two years after the unauthorized release of the “Climategate” emails from East Anglia University in England that stood the global warming debate on its ear, the leaker has struck again. This time the person who is releasing the files made statements that indicate his or her motivation for taking these actions. The comments are revealing. In essence, the person’s motivation appears to be anger with the fact that the “science” behind global warming is far from settled and that the scientists featured in the emails are building a political case that will cost consumers of energy trillions of dollars. The leaker is especially concerned about the impact the carbon reduction regulations will have on the poor:

“Poverty is a death sentence.”

“Nations must invest $37 trillion in energy technologies by 2030 to stabilize greenhouse gas emissions at sustainable levels.”

“Today’s decisions should be based on all of the information we can get, not on hiding the decline.”

That last sentence is a bridge between the November, 2009 “Climategate” emails and the current batch. The focus of the 2009 release was to show how some of the major climate scientists involved with the United Nations International Panel on Climate Change (IPCC) had abused science to allege that rising levels of carbon dioxide (CO2) in the atmosphere were driving global temperatures up exponentially in the last half of the 20th Century. “Hiding the decline” refers to the “trick” that some of the climate scientists tried to use to minimize the natural variability in global temperatures as evidenced in past centuries by the Medieval Warm Period and the Little Ice Age. The “trick” took the form of the infamous “hockey stick” graph that portrayed stable temperatures for centuries and then a rapid rise in temperatures after 1950. If temperatures in the past—when CO2 levels were much lower than today—exhibited natural variability, then some of the major global warming premises are suspect.

The comments from some of the scientists on the IPCC team are quite revealing in both the old and the new email releases. Some of them refer to climate science as a “cause,” not a discipline governed by the laws of nature and the scientific method. To them, what is important is rejecting any notion that man-made CO2 emissions are not a dire threat to the planet. That “cause” is critical for two reasons: first, because their political and ideological beliefs tell them that; and, second, because they are addicted to the billions of dollars in research grants that only seem to go only to scientists who adhere to the global warming doctrine.

The IPCC crowd is enjoying its funding largesse and is determined to keep it—even if it means pushing universities to pressure scientists whose work contradicts the global warming orthodoxy or putting pressure on scientific journals not to accept papers from scientists who don’t toe the line.

In the meantime, governments that are using the IPCC as justification for declaring war on carbon energy sources are hindering economic growth when it is crucially needed and are making the poor even poorer by driving up energy costs. I once listened to a presentation by Dr. John Christy, a climate scientist at the University of Alabama/Huntsville. Dr. Christy believes that the earth has warmed slightly over the last century, but he does not see evidence of catastrophic warming coming our way. He does share the concern of the email leaker regarding the plight of the poor.

At the end of his presentation, Dr. Christy spoke of his missionary work in Africa where he watched native women travel farther every day to gather up the firewood they needed to cook their scant meals. “Life without energy,” Dr. Christy noted, “is short and brutal.” That is a tenet that policymakers should remember in the climate science debate.

by Dan Juneau, President and CEO of Louisiana Association of Business and Industry