Race For The Door, Komen Plays Politics With Women's Lives

so the susan g. komen for the cure foundation has decided to get involved in politics and withhold funds from planned parenthood. since planned parenthood is one of the few places in the country where many lower- and middle-class women can reliably access breast cancer testing, consultation and treatment, this kind of sucks.

but what sucks more is that evangelical douchebags manipulating the foundation are now in the business of bringing death to women by damaging access to these vital life-saving services, all because of one slimy florida congressman doing the political bidding of religious fanatics, and in league with his teabag compatriot on the komen staff.

it’s time to race for the door because komen for the cure is now playing politics with your lives.

fighting cancer should be a concern for all americans regardless of politics, but the seedy backstory here is one of everything that stinks about political sleaze.

but now the komen foundation’s new senior vice president of public policy, karen handel, has maneuvered komen into the crosshairs of one evangelical/neocon congressman named cliff stearns doing the bidding of his fanatical masters.

you see, karen handel is the former neocon teabag secretary of state of georgia whose ambition outpaced her talent when she bellyflopped in a failed attempt to be the peach state governor in 2010.

this same handel has now been employed with komen less than a year, and in a seemingly innocuous move apparently suggested that the foundation not fund any group under federal investigation. sounds fair enough, right? wrong.

once the policy was in place, right on cue, congressman cliff stearns announced his own personal evangelical-teabag-instigated “investigation” of planned parenthood. and viola! criteria met! no funding for planned parenthood in spite of the hundreds of thousands of women protected from breast cancer….because one (1) teabag congressman dislikes their position on women’s right to choose.

it seems to me that the only time evangelicals and teabaggers care about the sanctity of human life is when you’re a fetus.

forget that the funds were never used for anything other than breast cancer related issues. don’t let that get in the way of a good political witch hunt. further proof of the sordidness of the offense is in the way the komen foundation never publicly announced their action. instead, they sent a memo to staff and then made a single phone call to planned parenthood a month ago. the story’s finally oozing out now.

upon hearing the news, one husband whose wife is currently battling breast cancer said in shocked sadness, “cancer doesn’t care if you’re pro-choice, anti-choice, progressive, conservative. victims of cancer could care less about people’s politics.” and he is right.

i’ve donated to the komen foundation in the past. i’ve participated in their events, raced for the cure even. but not any more. matter of fact, i want my money back, so i can contribute to one of many other lesser known but equally dedicated organizations that won’t bow to fanatical political bullying and manipulation the way komen has.

if you feel likewise, there are alternatives that are easy to find. one of course is to donate directly to planned parenthood to continue their good work and help offset the evangelical moneygrab. or, there is a well known internet tool called charity navigator. they have a list of nearly two dozen organizations fighting breast cancer which could use your assistance, and you can find the list by clicking here:

meanwhile, you should contact your regional komen foundation reps, express your displeasure at the organization playing sleazy politics with cancer prevention and treatment for women, and urge them to regain their sanity before all that’s left is a knotted pink ribbon. 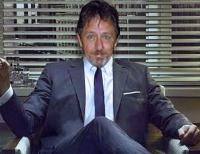