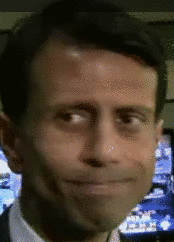 Louisiana Gov. Bobby Jindal and the state lawmakers are preparing for the upcoming Louisiana legislative session. There is much on the plate-education reform, government retirement pension reform, the budget and hundreds of bills before them.

Also, as the session takes shape, national politics are heating up.  Every day there is more controversy emerging from the GOP primary season which for now is splitting up the national party.

Thus, Bayoubuzz has asked  political analyst and pollster Bernie Pinsonat of Southern Media & Opinion Research (SMOR) his opinion about the above as it relates to the legislative session:

In which ways do you believe this session will be different from the other legislative session under the Jindal administration?

The biggest difference is of course, Governor Jindal has lots of republicans to pass his legislative agenda in 2012. He also has legislative committees stacked in his favor; plus most voters support his legislative agenda. What will be the same in 2012? No governor has ever had an unlimited check card to do what he pleases. The legislature is still sensitive to the folks back home even if a governor is very popular. Tackling systemic problems that have hindered Louisiana for decades is certainly helping Governor Jindal popularity. How Governor Jindal uses his popularity will determine his success during the 2012 legislation session. What does that statement mean? It means Governor Jindal is better served by not pushing legislation which contains items that create unnecessary controversy. Political capital evaporates quickly when your opponents are able to capitalize on the controversy surrounding a particular part of your legislation. Passing so-called reform legislation is always controversial; aiding your opponents by proposing legislation that creates unnecessary controversy is an also an unnecessary self-inflicted fatal act.


Do you believe the current Republican Presidential nomination elections will have any carry-over to the Louisiana legislative session and if so, how?

The republican presidential nomination election will have little if any impact on the 2012 legislative session. There is always the possibility a skirmish will flare up as legislation or resolutions are proposed by legislators. These initiatives are usually related to national policy that affects Louisiana. Examples: the so- called-health care reform legislation or national energy policy. You can count on supporters of President Barack Obama to oppose these initiatives, especially this year, which happens to be a presidential election year. Most republican legislators I know have little interest in the upcoming republican presidential election. I am not suggesting it is not important; it is an election that is not geared towards most of the electorate. Louisiana’s republican presidential primary is nothing more than background noise as of today and should not impact the upcoming legislative session.

Why Type...save time, save money?