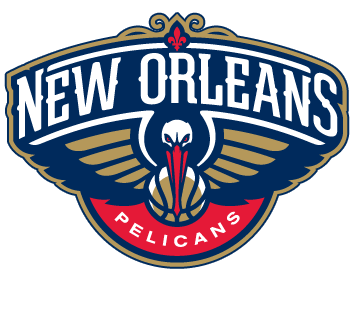 In what was the worst-kept secret in New Orleans sports, owner Tom Benson announced Thursday that next season and forever more the local NBA franchise will be known as the Pelicans.

And I say Bravo to Mistah Tawhm! Pelicans further solidifies New Orleans' place in the NBA and relieves the team of an inherited, hand-me-down nickname. Be honest, you embraced "Hornets" like you welcomed those outdated jeans you had to wear after older brothers or sisters outgrow them.

Now, before you pop the champage, "Pelicans" is not as good as the three-way trade we proposed a few weeks ago in which Benson would acquire the name Jazz from Utah and send the name Hornets to Charlotte which would send the name Bobcats to Utah. That state's Division of Natural Resources could immediately lift the endangered species designation and revive a bobcat hunting season at $1,000 per tag with proceeds going to the David Stern Retirement Fund. That made more sense, but it was not going to happen.

Pelicans is almost as good for a lot of reasons. With the exception of a momentary lapse of reason after Katrina, Benson has burnished his reputation as a man in love with his hometown. His purchase of the NBA team nine months ago assured it would remain here after previous ownership issues made long-term parking an unlikely option. In choosing Pelicans, Benson chose a name indelibly etched with the city and region while giving a respectful nod to tradition. He embraces the heritage of his city, which includes the baseball team that he probably went to see as a young sports enthusiast. It was New Orleans baseball then, and it's New Orleans basketball now. But it's still New Orleans.

The name change has been expected since Benson bought the franchise from the NBA last spring. Rumors immediately focused on Pelicans, but then skeptics cited reasons it would not happen, including your intrepid scribe. Benson has been linked to the nickname Pelicans for more than twenty years, since an earlier attempt to corner the New Orleans sports market.

Benson tried to bring professional baseball back to the Big Easy in the early 1990's. He began negotiations to purchase the Double-A Charlotte Knights of the Southern League, which had been ousted from the market by a new Triple-A team. New Orleans had not enjoyed minor-league baseball since 1959 (not counting A. Ray Smith's  Superdome fling in 1977). Benson wanted to relocate the team to New Orleans and play at UNO until a stadium was built. Benson informed his inner circle that he had purchased the rights to "New Orleans Pelicans" and would bring back the name that had been synonymous with New Orleans baseball since 1887.

Things were progressing in that direction until the Triple-A Denver Zephyrs ownership decided they wanted the New Orleans market. Under the same higher classification rules in Organized Baseball that ousted the Double-A Knights from Charlotte, the Triple-A Zephyrs superseded Benson's Double-A rights to the city. Benson backed off his baseball desires, but retained the name New Orleans Pelicans for a time. Some amateur research confirmed that Benson let the trademark rights to "New Orleans Pelicans" lapse, which made me doubt he would use it. But he has fooled us before and he probably will keep on doing it.