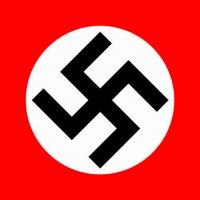 Anyone actively reviewing the deteriorating situation in Europe cannot escape the crisis brewing in Greece.  Granted this nation’s economy is small and many may regard it as relatively insignificant.  However, events unfolding there should raise concerns about the general direction of the world.

Mark Twain once stated:  “History does not repeat itself… but it does rhyme.”  Perhaps we might cast a glance back to the early 1930s to hear the assonance.  Comparisons are chilling.

Germany faced many problems during the Great Depression, not the least of which was the often violent sparring between contending factions of anarchists, communists, and fascists.  With economic collapse, the moderating influence of the middle class disappeared and the political extremes gained influence.  The ensuing street battles were won by the fascists who then took control and exterminated their opposition… much like Sulla’s proscriptions in Rome.

People willingly surrendered their civil rights for security.  Fears of being attacked or witnessing of further social disintegration cause citizens to take actions they might not otherwise have considered.  This included turning to the extreme nationalist proclamations of one Adolph Hitler and his far right political party which promised to solve the nation’s problems.  The rest is history.

Today, Greece endures much the same economic, political, and social disintegration as beset Germany some eighty years ago.  Not surprisingly, the social consequences are the same.

As the economy falters the middle class fast disappears.  With the erosion of the moderating influence these people provide to a nation, extremists parties are coming to the fore.  We have already witnessed the violent and destructive riots of anarchists and communists as they seek to hijack the peaceful demonstrations of unionists and workers seeking redress of their legitimate grievances.  What has not been widely reported are the activities of the far right.

“Golden Dawn” is an extremist nationalist and anti-communist organization founded in 1980. It became an official political party in 1993.  Its history is difficult to trace because its public identity often molts like a crustacean.  However, the central ideology has never altered.  The problems affecting Greece, from their perspective, can be placed on the doorstep of communists, socialists, and immigrants. They embrace extreme nationalism and Greek Orthodox religion.

Through the application of vigilante violence, they have achieved some level of calm in some isolated areas prone to drug addiction and street crime.  This finds support among common people living in those neighborhoods.  The result being that their political star has risen.  They are viewed by some as “solving” the problem.

In the May 2012 election, this formerly non-descript political fringe organization won 7% of the national vote and with that 21 seats in the national parliament.  Thus begins the process of legitimization.   They now occupy an official platform from which to advance their nationalist ideology.

Perhaps more disturbing, Golden Dawn has joined with like minded organizations throughout Europe to form the Pan-European Convention of Nationalists Parties. Less we forget, the Front National in France under the leadership of Marine Le Pen won 17.9% of the national vote in the recent primary.   In that same election, socialist Francois Hollande [who eventually won the election] gained only 28.63% support.  The right is rising in France too.

The point of this being that as economic circumstances deteriorate the moderating influence of the Middle Class becomes marginalized.  The result soon manifests itself with the rise of extremist parties on both left and right who often violently vie for power.

Is the world witnessing today the early stages of a replay of events that unfolded nearly 80 years ago?  At that time, the social disintegration and desperation caused by the Great Depression drove communists and fascists to the streets and forced all members of society to make a choice.  Much the same may be unfolding in today’s Europe.

It “rhymes” does it not?