St. James’s Palace is “disappointed” that some enterprising person visiting a private beach open to the public had the gall–the gall!–to snap photographs of Kate Middleton and some balding, disheveled, disgruntled-looking man following her about in Mustique.

Because there is no visible baby bump!  It’s just a cheeseburger and fries bump.

We’re not even convinced that those pics are of Kate Middleton. 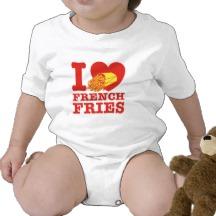 They look more like an advertisement for some aging, face-lifted beach bunny in urgent need of a hot oil hair treatment and some salon-grade curl relaxer.  A makeover photo of the “before” gal in the Garnier ads.

Since we have it on good authority that Kate Middleton never goes anywhere without a Prince- Charles-paid-for-hairdresser in tow, blow dryer and wave-inducing crimping iron at the ready, and pro-Carole Middleton bloggers are always typing about how “naturally” beautiful and perfect Waity is at all times and everywhere, we think it’s possible that those pics adorning the cover of Chi Magazine of an allegedly pregnant Kate and Prince William are not genuine at all.  It can’t be...them.

The media must think that we are all a bunch of dummies....

Even the handful of photos supposedly of Waity and Willy’s arrival on Mustique look like fakes.  The couple that Middleton fans blog about are said to be “fantastically in love” and “cannot keep their hands off each other.”  But the bums we saw stumbling off the plane were scowling and walking quite separately from each other, as if they were fearful adulterers, fretting that they might be accidentally photographed by a neighbor or relative who won’t put it all together until they are showing the pics about at the laundromat while waiting to add in the softener, and then someone admiring their once-in-a-lifetime-vacation says, “Wait a minute, who’s that scowling couple in the corner there?  Isn’t that Harriet Islington from the steno pool, and Lilly’s husband Dilbert?”  And that’s when it all gets nasty and there are court hearings, and Dilbert suddenly needs a schedule to see his kids and he gets fired from his job, only to come home and find that Lilly, infuriated, has tossed all his clothes out the bedroom window and on to the front lawn.

The neighbors are watching....

Yes, only adulterers need to worry about having pics taken of themselves on super-rich vacations.

The rest of us would just say, “Oh, please, take my picture so that I can prove to all my friends down at the laundromat where I’ve been for the past week!”

The cruelest part of the whole thing is when Lilly realizes that Dilbert took his lover, Harriet, to Mustique, and that is the very place where Lilly has always wanted to go, but Dilbert told her that they absolutely could not afford it yet, they had car payments and were two months behind on the mortgage and the children need so many various things, and so Lilly’s been scrimping and saving and sacrificing her own hot oil hair treatments and not buying salon-grade curl relaxer.

Ooh!  We’re getting mad just thinking about it!

Anyway, when Waity and the disheveled balding guy who’s been following her about got off the plane, photos show Waity in some kind of skinny black pants (tight-tight-tight), and a white top that barely covers her tummy area, which isn’t bulging at all, which means she is terrible need of a cheeseburger and fries, or at least some kind of lunch.  Waity appears to be covering up her flat tummy area with some kind of sweater or raincoat, the way accused felons being escorted by police on their way to central booking use a raincoat or sweater to cover their handcuffs so that potential jurors who read the newspaper or internet are not prejudiced, even subconsciously, by seeing photographs of them in handcuffs.  In her other hand, Waity is swinging around a very expensive handbag that looks just a tad heavy.

How can she be pregnant?

If Kate were pregnant, would not her allegedly adoring husband, or at least her security guard, be carrying her handbag, blocking her pregnant belly from errant photographers with his own body, and gently holding her elbow or arm or something, in case she stumbles or trips?  Wouldn’t Waity be wearing some sensible, flat shoes instead of those elevated wedgies that could really cause a pregnant woman to go flying?  Because when a woman becomes pregnant, one of the first physical senses to fail is her old, familiar sense of balance.  Not only is a pregnant woman eating for two, but she’s walking for two.

And wouldn’t an adoring husband also carry his pregnant wife’s expensive, heavy handbag?  Men don’t usually do anything with their wives’ handbags unless they are VERY married, and their wife is either trying on something like a Burberry raincoat (because you never know when you might be arrested for a felony and need to cover up your handcuffs), or she is pregnant and can’t walk straight.  Why would any gallant husband want his expectant wifey to strain herself?  So if Waity is really pregnant and Willy is her gallant prince, then why aren’t they even walking together?  The person we see in the photos walking alongside the one they claim is Waity is her brother, James.  And we know better than to expect him to throw his own Burberry raincoat over a puddle or something if Waity needs shielding.

Besides, they need to keep at least one Burberry raincoat clean and tidy, in case Uncle Gary needs to cover his wrists for a walkabout.

No.  All the photos show us is some flat-chested, flat-tummied frizzy-haired harridan, and a balding man shuffling around in baggy clothes around her.

The media must think that we are all a bunch of dummies....