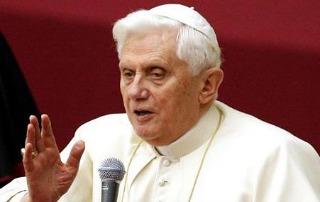 For most non-Catholics, the retirement and resignation of Pope Benedict XVI is of passing interest. I’m not Catholic, but the Catholic Church has played a significant role in my life for many years.

So the next pope, and his response to those who are calling for a number of epochal changes in church doctrine, is of major interest to me. With a new pope coming in, is this the time to initiate a new consideration of changes in the Catholic Church?

I was married in the church, and my three daughters were baptized by Bishop Charles Greco, the late and beloved Patriarch of the central and north Louisiana parishes.  When my children were quite young, we spent a number of winter weekends with Bishop Greco at a family hunting and fishing camp on Davis Island, in the middle of the Mississippi River, some 30 miles below Vicksburg. On most of these occasions, the only people there were my family and Bishop Greco. And he did love to hunt deer.

On many a cold and rainy morning, a handful of us at the camp would rise before dawn for the Bishop to conduct a New Year’s Mass.  After the service, most of the family went back to bed. I would crank up my old jeep, and take the Bishop out in the worst weather with hopes of putting him on a stand where a large buck would pass. No matter what the weather, he would stay all morning with his shotgun and thermos of coffee. He rarely got a deer, but oh, how he loved to be out there, in the woods. And even though I was not Catholic, he treated me as one of his own.  After hunting, the Bishop would patiently sit for hours and answer my barrage of questions about the history and the relevancy of the Catholic Church.

During the years I practiced law in Ferriday, Louisiana, Father August Thompson became a mentor and good friend. He urged me to actively become involved a number of social issues within the community, and his urgings eventually led me to run for public office and to being elected a Louisiana State Senator.

Father Chris Naulty, now pastoring in New Orleans, toured our family through the Vatican, even taking us down under St. Peter’s to the historic catacombs, and opened my eyes to the vast history of the Church and to the influence of Catholicism world wide.  In my hometown of Baton Rouge, Fathers Miles Walsh and Cleo Milano are my sparring partners when I raise questions about the future direction of the church.  Father Miles pastors at Lady of Mercy, which is close to my home.  The Church has a marvelous adoration chapel that is open 24 hours a day.  It’s my resting place for meditation and solitude several times a week.

As an observer of the church hierarchy, I have viewed Pope Benedict as an interim leader, who was 78 year old when he became pope, and who mainly held the line on much strife within the church.   During Pope Benedict’s reign, voices of moderation or change were challenged or generally ignored.  Catholics worldwide want more openness, more discussion and better communication.  As Billy Joel sang about the church: “Virginia, they didn’t give you quite enough information.”

The new pope will have to confront the issue of a dwindling number of priests to minister to a flock of over one billion Catholics.  The problem has become especially acute in the U.S., where the average age of a priest has risen from 35 in 1970 to 63, today.  More than 27% of parishes do not even have a resident priest.

What about priests being allowed to marry?  There is nothing in the bible that prohibits it.  In the Eastern orthodox Catholic Church, priests can be married.  A married Episcopal priest who converts to becoming a catholic priest can stay married. Peter, the first pope, and the apostles that Jesus chose were, for the most part, married. The Oxford Dictionary of Popes reports, “for the first 1200 years of the Church’s existence, priests, bishops and 39 popes were married.

Women joining the priesthood, an increasing responsibility for nuns including the offering of the Sacraments, facing up to the sex abuse scandals, allowing for more evangelical services that are not as strong on ritual -- all are issues that have a growing constituency that will require attention and reasonable understanding by the new pope.

Will the next pope shake off the shackles of strong traditional ritual and the inflexibility of the past?  Will the new leader allow and encourage modernization?  Father Eduardo de la Serna, an Argentine priest, wrote this week in a Buenos Aires daily:  “I dream of a pope free from the titles of nobility, of crowns, of palaces. I dream of a pope who presents himself as everyone's brother.”

Will the Catholic Church adapt as the world around it changes?  Non-Catholics like me, who have strong feelings for the church, will be on the sidelines.  But we will be watching and hoping for a strong progressive new leader.

It doesn't really matter how much of the rules or the dogma we accepted and lived by if we're not really living by the fundamental creed of the Catholic Church, which is service to others and finding God in ourselves and then seeing God in everyone - including our enemies.

Jim Brown’s syndicated column appears each week in numerous newspapers throughout the nation and on websites worldwide.  You can read all his past columns and see continuing updates at http://www.jimbrownusa.com.  You can also hear Jim’s nationally syndicated radio show each Sunday morning from 9 am till 11:00 am, central time, on the Genesis Radio Network, with a live stream at http://www.jimbrownusa.com