Spectators were stunned at a meeting of Gay activists last week, when State Rep. Juan LaFonta made a public declaration that in no way would he negatively campaign--or allow his supporters to attack--2nd District Democratic Congressional frontrunner Cedric Richmond in the weeks leading up to the August 28, 2010 primary.

The closed meeting constituted a warning from LaFonta not to make any negative statements that might "undermine" as one person recollected the reputation of Richmond.   It was a noble thing to do, that witness admitted to The Louisiana Weekly, "but does it mean that LaFonta is giving up?   He's running way behind Cedric.  Going negative is his only chance to catch up."
LaFonta, who has often refused negative campaigning, reportedly argued to supporters that attack ads will not help his bid, and in the end, hurt the chances of whomever will be the Democratic nominee against incumbent Republican Anh "Joseph" Cao.
Since Richmond outpaces LaFonta in money, poll position, and political endorsements, the decision to go negative is a risky move for the underdog.   It is also very bad news for Joseph Cao, who's campaign had had the expectation that Richmond would have to fight off allegations in the primary, spend part of the half a million dollar warchest he had raised, and be weakened for the runoff.
Of course, LaFonta's out-break of political kindness does not mean that former Congressional aide Eugene Green or fellow Democrat Gary Johnson, both of whom launched sizable grassroots efforts in their pursuit of the Democratic nomination, will demurr from negative attacks on Richmond.
Still, LaFonta's choice to stay positive, noble as it is, comes as a shot in the arm to Richmond's chances of victory in the primary--and the election.
And, LaFonta must deal with the fact that the influential Democratic Congressional Campaign Committee made their choice on Friday.  In a step unusual where there is no incumbent Democrat in a seat, they endorsed Richmond late Friday. 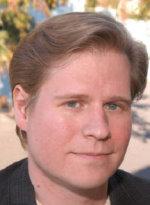 Christopher Tidmore is on the radio weekdays from 7-8 AM on WSLA 1560 AM Slidell/New Orleans and KKAY 1590 AM White Castle/Baton Rouge, streamed and podcasted online at www.gtmorning.com.

Tweet
Tweet
Published in Latest Buzz
More in this category: « Holloway on Riser, Seabaugh seesaw and where’s Jindal on GOP self-destruction? DC Disaster, Landrieu, Cassidy get help and a GOP Obamacare treat »
back to top