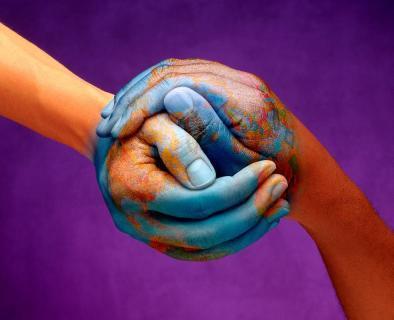 As human civilizations collectively contemplated their navels about those issues that matter most to them: wars, society, religion, economics, and international relations, several reminders about our true insignificance recently, suddenly crossed the horizon.

The first was an asteroid named DA14 which was 50 meters across and came within 27,000 kilometers of earth.  An object of this size, if it struck earth, would have had catastrophic implications for all life.  However, because of its size, scientists were able to observe it in advance and track its motion.  Not that they could have done anything had it been on a collision course, but it was reassuring to know that nothing tragic would happen.

Suddenly, on February 15th, an unexpected visitor appeared over Chelyabinsk, Russia and did do damage.  This meteor measured only 17 meters across and weighed about 10,000 tons.  It entered the atmosphere traveling at about 40,000 mph.  Because of atmospheric resistance, it heated up significantly, creating a giant fireball that then exploded.

The impact injured 1,200 people and the shock wave damaged many buildings in this remote area. The energy released has been calculated at 470 kilotons or about thirty times the energy released when the atomic bomb was dropped on Hiroshima.  No telling what the impact would have been had it targeted a major city.

Following that were other reports of meteors crossing the sky.  The fact remains that scientists have only cataloged about one half of one percent of the million plus near-earth asteroids the size of DA14.  At this point there is no way of knowing how many meteors like that which struck near Chelyabinsk exist.

The bottom line is that we live in an active universe.  Events occurring many millions of miles away impact our lives…sometimes literally!  Out atmosphere is governed more by the sun and the galaxy than by us.  It is past time for humans to stop their internecine conflicts and recognize that we all live on “spaceship earth” together and as a consequence must get along or face oblivion.

Humans already possess the capacity to do themselves in and have for a number of years now.  However, we too often fail to recognize that events presently beyond our capacity to control threaten our existence.

Perhaps the time has come for us to turn our eyes away from the old bellybutton and start looking at the world around us.   It is a majestic, but hazardous place we live in. Even more so if we fail to anticipate the dangers.   Just a thought.

QUESTION: CAN EARTH DO ANYTHING TO PREVENT OUTER SPACE DISASTER?  WHAT CAN NASA DO, IF ANYTHING?