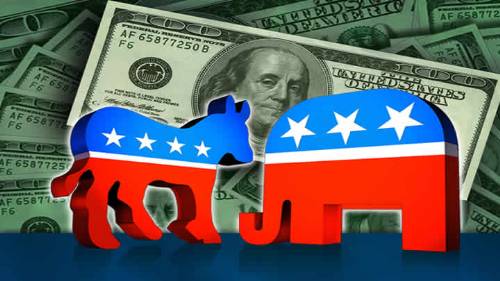 For whom the polls toll

Three political polls conducted in Louisiana were released last week, and they had widely differing results.  It reinforces what many political analysts always say: Look at who paid for the poll to determine its viability.

Republican Gov. Bobby Jindal and his buddy and top campaign consultant Timmy Teepell touted a poll which showed the governor’s approval rating had made a remarkable positive leap.
Jindal, Teepell, and the LAGOP yelled from the  top of the state capitol, well at least from the fourth floor, that 50% of the state’s voters now approve of the job the governor is doing.
A closer look revealed that the poll had been conducted by Teepell’s employer OnMessage Inc. out  of Alexandria, Virginia, and was paid for by the Bobby Jindal campaign.
The euphoria among the Jindal faithful was short-lived.  Next came a poll from the GOP polling firm, Harper Polling/Conservative Intel.  It was not revealed who paid for the poll, if anyone did.
The results burst the Jindal campaign’s bubble, giving the governor an approval rating of 35%.  That’s the same result Southern Media Opinion & Research (SMOR) got when it polled back in April 2013.
But the bad news for the Jindal faithful was not over just yet.  A third poll by Public Policy Polling (PPP), independently conducted, came in with an approval rating of 28% for Jindal, a far cry from the  50% he had in his own poll.
One can give the Jindal campaign an E for effort in trying to boost the governor’s political stock.  In politics, however, timing is everything.
There was no way the Jindal camp knew that two more polls would be released just hours after their Jindal-Teepell poll.
The PPP approval rating of 28% makes Jindal the most unpopular of all Republican governors.----

What about Mary Landrieu?
It appears that the main objective of the polls by OnMessage and Harper Polling/Conservative Intel was to take down Democratic U.S. Sen. Mary Landrieu, who is seeking a fourth six-year term.
Her main opponent is Republican U.S. Rep. Bill Cassidy of Baton Rouge.  However, Cassidy is being roughed up a bit by Republican Ron Maness of Madisonville, who says he will be a candidate.
Maness has garnered endorsements from the Tea Party and a host of conservative groups by claiming that Cassidy is not conservative enough to defeat Landrieu.
The aggressive campaign by Maness now has some rank-and-file Republicans wondering if Cassidy is the right candidate to go up against the state’s senior Democratic U.S. senator, who is battle-tough, having won three close races for the U.S. Senate.
Interestingly, in the two GOP polling organizations show Cassidy is competitive.  OnMessage has the race a virtual tie, and Harper Polling/Conservative Intel has Cassidy leading Landrieu by a 47-45% margin.
But PPP’s poll, the independent pollster of the three, tells a different story.  Its survey shows Landrieu leading Cassidy 50-40% with 10% undecided.
When Maness is added to the mix, the results are: Landrieu 48%, Cassidy 24%, and Maness 5%.  A whopping 23% are undecided.
PPP’s poll shows that Landrieu still has a fair amount of crossover support from Republicans, with 22-23% of them choosing her over Cassidy.  On the other side of that coin, Cassidy attracts 12-16% of the Democratic vote.
But PPP also concludes that Landrieu’s 10-point lead will narrow as the race progresses and more voters get to know Cassidy.  His name recognition in the state is only 51%.
Six months have passed since PPP last polled the Louisiana U.S. Senate race.  It says that Landrieu’s fortunes have not changed and she remains the favorite for re-election.
Dean  Debnam, president of PPP, noted that the poll was not authorized or paid for by any campaign or political organization.
The Fax-Net will have other interesting findings by the poll next week.