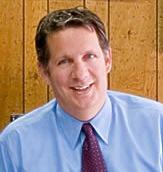 It's one of those days...Louisiana House of Rep. Joel Robideaux is a "no-go"-- as in NOT going forward to fight for the "Independence of the House of Representatives" to keep its separation of powers from the Executive Branch--by fighting Governor Jindal's hand-pick choice for Speaker.

Tonight, Bobby Jindal is going to Dallas To raise some Texas money for Rick Perry, but he'll be back later.

And Occupy NOLA is now "Out", or at least, for now.

Robideaux, A no-go.  But, what's happened to the videos?

Robideaux had been upset with the Louisiana Governor Bobby Jindal hand-picking the Speaker of the House of Representatives. Robideaux had switched from Independent to Republican earlier this year and recently expressed his outrage over Jindal's choice of Speaker. Robideaux wanted the job as Speaker but Jindal preferred Representative Kleckley.

In an October 25 email, Robideaux said, "State Representative Joel Robideaux has released a video calling for a public, record vote for House Leadership."

Here is the video by Robideaux in which he criticized the lack of independence.  The video accompanied the October 25 email.

Robideaux cited the important issues facing the State as a key factor in his decision.  “We have tough choices to make on education, pension reform, healthcare, roads and transportation, our workforce, and saving the Coast” Robideaux said.  “Having enjoyed a close working relationship with Governor Jindal over the last four years, I look forward to helping him push through additional key legislative reforms that are critical to the future of our State” Robideaux concluded.

State Representative Joel Robideaux is a Lafayette native and established local business owner.  Joel and his wife Bobette have three boys.  He is a Certified Public Accountant.

Jindal On The Road for Perry

Despite Texas Governor Rick Perry faltering in the polls for the Republican primary, Louisiana Governor Bobby Jindal is not hitting the road abandoning the campaign.  Instead, the Governor's Press Secretary released the following scheduling note today:

Today, Governor Bobby Jindal will travel to Dallas, TX to attend a fundraiser in support of Governor Rick Perry's campaign for President. Governor Jindal will return to Baton Rouge today."

OCCUPY NOLA and The Court

Below is a statement from OCCUPY NOLA media vowing to continue despite a permanent evicting the protesters from Duncan Plaza:

New Orleans, LA--Today’s ruling in Federal Court permanently evicting demonstrators from Avery Alexander Plaza (also known as Duncan Plaza), though a defeat for the First Amendment, will not nullify our efforts nor dissuade us from future action. At personal sacrifice, hundreds of Occupy NOLA members have been living in Alexander Plaza since October 6th, building community, sharing resources such as food, fueling positive social change, educating each other on the issues of poverty, economic injustices, and homelessness, and embodying the freedoms of expression, speech, and assembly guaranteed in the First Amendment to the U.S. Constitution.

Individually, we have spoken out for what we believe in. We have questioned others and have been forced to reconsider our own assumptions. We have learned the habits and practices of engaging in robust political and ethical debate--skills often absent in our present political climate.

Collectively, we have forged lasting bonds and mobilized for the common good. Occupy NOLA members have held numerous marches addressing diverse issues of economic and social justice. We have protested irresponsible financial practices as part of the national Bank Transfer Day. “Occupy the Stage” events, held at Alexander Plaza, have provided an outlet for creative expression, art, music, and healing. Marching in the streets and demonstrating in front of our elected representatives’ homes, we have asked for a real plan to eradicate homelessness. We have spoken out against the unjust seizure of foreclosed homes, formed economics discussion groups, held civil disobedience trainings, and provided mutual aid--including the provision of over 1500 meals for free to those most in need in our city.

Seeking to expand and reinvigorate the public sphere, we carved out an egalitarian and non-hierarchical space for individuals to amplify their voice and be heard. Nationally, the Occupy movement has reoriented political discourse toward long neglected issues of social and economic justice.

Our collective bonds, though recently forged, are durable and strong. Neither last Tuesday’s 3:30am forced eviction while a ruling on the Temporary Restraining Order was pending nor this morning’s 5:00am attempted eviction while the Permanent Injunction was pending before the federal court prevented us from building a community to create change. The Mayor and NOPD’s actions in contempt of court only further demonstrate the grave unconstitutional patterns of violating citizen’s civil rights and complete disregard for the judicial process. We move ahead in a spirit of cooperation and democracy for the common good. In the coming months, we invite all to join us on the streets, in foreclosed properties, in meetings, in vacant lots, and at the daily 7pm General Assemblies in Alexander Plaza as we advocate for economic justice.

More in this category: « Jindal High Noon at the Not-so-OK Louisiana Republican Party Corral Mourning the Morning After In America with Plan B »
back to top