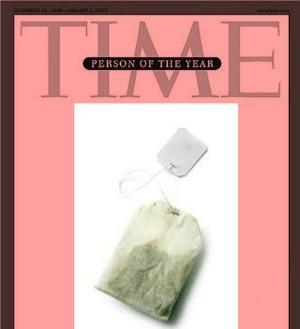 in their predictable blend of envy, bitterness and bigotry, the teabag punditi are whining like little ritolin-needy schoolgirls because they didn’t get enough attention from time magazine. time chose to recognize that something far larger than petty parochial politics was afoot in the global uprising of unexpectedly huge and successful protest movements across the planet when it named “the protester” the person of the year.

face it, teabagheads, all you’ve really brought to the table is anti-obama rage and rhetoric funded by global corporate interests intent on the continued shafting of working people. you’re just a band of corporate meatpuppets yelling socialist and commie at anyone who dares offend you with things like actual facts or innovative ideas. none of these traits qualifies you for anything other than the sidelined position of marginalized insignificance you now so deservedly hold.

you continue to lie about who makes up the occupy wall street movement, calling the participants dirty and lazy. this desperation only highlights all that is wrong with you, because the world sees through your empty words and bile-filled envy at being co-opted by a bigger, broader, better idea for the future that you can’t control, and that makes you angry.

the only thing the tea party is now capable of is rallying behind one failed presidential pretender after another like fleas in search of a better, fatter dog. the problem is, once you’ve picked one, your mere presence has only assured their ultimate rejection by the overwhelming majority of real americans, as attested to by even your own polls. you’ve fallen, and you can’t get up.

so now your great white mope is the recycled serial adulterer newt gingrich, because his morality is now your morality. the same newt gingrich with the moral fiber to get caught cheating on two wives while pontificating about family values.

the same newt gingrich with the moral fiber that led to his having 84 ethics charges filed against him while in congress which resulted in his acknowledgement of responsibility and a $300,000 ethics fine.

the same family values candidate whose own fraudulent morality is so repulsive that his own half-sister is actively working to defeat his candidacy.

newt, the same “washington outsider” who accepted millions in lobbying and “speaking” fees  delivered to his beltway office or aboard the private jets he demands in his contracts for such appearances before corporate board groups.

it appears that the only thing teabaggers can’t live with is the truth, about their candidates or about themselves.

so go ahead and whine about the time cover, teabaggers. because when substance trumps rhetoric and phony morals, whining is all you really have left. 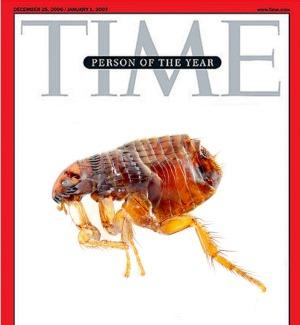 TELL US HOW YOU FEEL ABOUT THIS COLUMN?  ALSO, WHO IS YOUR PERSON OF THE YEAR? TALK ABOUT THESE ISSUES BELOW