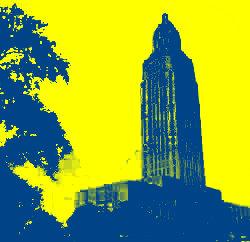 It is time to end the antiquated and troubling Tulane legislative scholarship program. Each year, every one of our 144 Louisiana legislators is allowed to distribute a Tulane scholarship worth $43,150. This program invites corruption and contributes to the poor image of our state.

With our legacy of corruption, the last thing we need is to give legislators such a lucrative perk to award to children of contributors, friends, or other politicians.

Congratulations to State Senator Dan Claitor (R-Baton Rouge), who will propose legislation in the upcoming session to end the scholarship program.

This program has been in place since the 1880’s and was established as part of an agreement with Tulane. In exchange for the scholarships, the university received tax waivers that are now worth as much as $24 million, according to Senator Claitor.

Tulane is a private university and should pay taxes like every other private business in the state. This 130-year-old agreement has deprived the state of untold millions of dollars. Claitor believes it is time to end this arrangement and for Tulane to “pay the tax that was waived.” These funds could have been used to provide needed services to the people of the state. Obviously, the citizens are the losers in this arrangement, as well as every entity that has to pay taxes and does not wield political power like Tulane University.

According to university officials, the scholarships cost several million dollars a year, more than the tax breaks they are receiving. If this is the case, Tulane should be in favor of ending the scholarships, especially since the Mayor of New Orleans is also given five scholarships per year to distribute.

The program has been the source of controversy for decades. In the 1990’s the rules were tightened so that legislators were not allowed to give themselves scholarships or award them to their children; however, they are still allowed to give this lucrative gift to the child of another politician.

In recent days, the scholarships have received increased media scrutiny. In response to requests, the legislative clerk refused to reveal to the public detailed information about the youngsters who have been receiving these tuition waivers.

This stonewalling is totally unacceptable and leads to justified skepticism from the public. What are the politicians trying to hide?

Inquiring minds want to know whether there are more cases like State Representative Harold Ritchie (D-Bogalusa). For the last two years, he has given his Tulane scholarship to the son of St. Tammany Parish District Attorney Walter Reed. Ritchie has made it a practice of rewarding politically powerful friends for before Reed’s son received the scholarship, the legislator gave a Tulane scholarship to the daughter of a Washington Parish council member.

Claitor is outraged by what is going on with the scholarships, claiming that “when you’re giving it to the DA’s kid, that doesn’t pass the smell test, and I think everyone knows what I mean by that.”

Hopefully, this issue will be discussed at the next joint legislative meeting of the Education Committee. In the next session, legislators should move quickly to end this program, which has been a cesspool of corruption from the very beginning. After 130 years of a program that reeks of cronyism, it is time to finally do something to improve the tattered image of Louisiana politics.