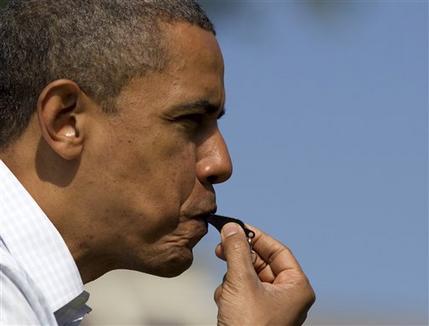 Is the Obamacare website, healthcare.gov fixable or should the Obama administration blow the whistle on it by deferring the rollout?

Yes, could be the answer, for now..

"The Obamacare website, plagued by major problems since its rollout at the start of the month, should be functioning smoothly by the end of November, according to the official now in charge of fixing it.Jeffrey Zients told reporters today that an outside contractor will handle the task of resolving technical problems that have become a serious political flashpoint for the Obama administration.

"HealthCare.gov is fixable," Zients said on a conference call.

So, who is this Zients guy...you make the call ?  And, talk about this issue below:

More in this category: « Louisiana Gov. Jindal Declares State of Emergency Due To Storm, BP Oil Spill Louisiana Landrieu Says She Has Helped Secure 3B For NASA; Would Help With Michoud Jobs »
back to top