Maness gets Halloween treat in run versus Cassidy, Landrieu for Louisiana US Senate race 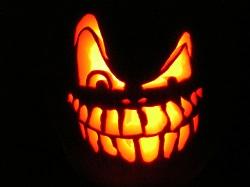 A Political Trick or Treat for you:

While Tea Party favorite Rob Maness has little name-recognition and is far behind in the polls and in money raising, there is a legitimate question to ask—can and will he be a difference maker in the United States Senate race currently being led by democrat incumbent Mary Landrieu followed by Republican Bill Cassidy.

Some might have been surprised on Monday when republican Rob Maness received the endorsement of the Senate Conservatives, a political Super Pac, that endorses and raises campaign funds for their endorsements through the Senate Conservative Fund.
While this group is not well-known around the Louisiana kitchen tables, if a one-day-post-endorsement means anything, it looks like this support could be, if anything, an Halloween Omen of sorts.
Specifically, in one day, the fund has raised 39,300 of its $100,000 goal.
This is not chicken-feed although it surely is dwarfed by the total campaign money banked by both Landrieu and Cassidy.  According to latest fundraising reports, Landrieu has $5.8M and Cassidy holds $3.4 in the campaign chest.   The latter had a relatively luke-warm quarter with Landrieu topping Cassidy by a 2-1 margin.
Still, it shows there is the possibility that Maness could tap into the money flow and the enthusiasm that Cassidy would obviously love to capture.  It also is evidence of the growing split between the Tea Party-ultra conservative factions and the regular mainstream GOP party base.  Cassidy, a Congressman, has been the favorite of the national and state party.
The PAC has also raised $173.6 thousand for Matt Bevin, who is running against Republican Senate leader, U.S. Senator Mitch McConnell (R-KY).So, could Maness catch on and gain political and financial momentum? Possibly. But, if anything, at least for now, Mary Landrieu must be loving the latest development, regardless.

Keeping with the Halloween metaphors, no matter what side you're on in terms of the Affordable Care Act at this time, there are some frightening issues that must be addressed soon.  Here is a post found on Facebook:

It seems that the Government site will be fixed and operational by the end of November. Will this be enough time for all those who need health care to sign up. It seems that less than 5% of Americans have been able to sign up with a fast approaching deadline. Beware that an extension to signup may come but from what is told is that extensions with your current insurance provider still may end as of December 31, 2013 leaving some wondering will they have insurance between then and the time the are able to sign up or get signed up? Still so many questions to be answered.

The Trick of Treat Special

Ron Faucheux of Clarus is presenting some really interesting poll numbers that puts the current national political climate into perspective:

INFRASTRUCTURE REFORM FORUM: NOV. 21 IN DC
Common Good and the Regional Plan Association invite you to attend "Infrastructure Now: Reforming America’s Broken Infrastructure Approval Process" on Thursday, November 21 (9:00 AM to 12:30 PM; registration at 8:15 AM). The forum will be held at The Pew Charitable Trusts, 901 E Street, NW, Washington, DC., and will include presentations and panel discussions with experts from government, academia, the private sector, and the environmental movement, as well as international regulatory experts.
FOR MORE INFORMATION AND TO RSVP GO TO:
http://www.commongood.org/blog/entry/infrastructure-now-forum-reforming-americas-broken-infrastructure-approval