Hey, Feds, Get Your Hands Off My Cell Phone 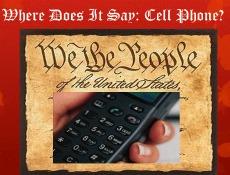 This week the National Transportation Safety Board (NTSB) recommended a total ban on talking and sending text messages on a cell phone while driving. This includes the use of hands-free devices. Currently, nine states ban cell phone use in vehicles, while 34 states outlaw texting while driving. No states have banned talking on a hands-free device.

While this recommendation is supposedly a safety measure, in reality, it is just another example of a government bureaucracy trying to infringe on the liberties of Americans. As presidential candidate U.S. Congressman Ron Paul (R-TX) noted, “I went to the Constitution and I looked at Article 1, Section 8. There is nothing in there about telephones….The federal government shouldn't be involved.”

Paul is right, the government should not be involved in this area and if regulations are needed, it should be left to the states. Unfortunately, our federal government is not content to let states govern themselves. While this recommendation is not the law of the land yet, it is quite possible that the federal government will attempt to withdraw funding from states that do not enact such a cell phone ban.

Instead of advancing public safety, such a ban would have the opposite effect. Drivers use their cell phones to report emergencies and call authorities or the media about traffic situations. As long as they are not behaving erratically and endangering others, drivers should have the right to tell their boss they are running late or call a loved one. The cell phone is the most popular communication tool ever devised, so trying to limit its use will ultimately be a useless exercise.

If police see a driver moving his lips, how do they know he is not talking to himself or to another passenger? He could be singing or arguing with a radio talk show host. Where will it end? There are greater distractions that drivers face such as a screaming baby, a great song on the radio or a hot topic on talk radio. What will the NTSB do next? Ban babies in cars or bans radios?

On a typical day driving to work, drivers can be viewed applying make-up, shaving, eating, or arguing. Sometimes the biggest distraction can be a driver’s own thoughts. Will the NTSB try to ban daydreaming?

Almost anything can distract a driver including beautiful scenery or a person in another car. Does the NTSB have a plan to combat men looking at a pretty woman in the next lane?

If a national ban is enacted, it will be used to extract more money from Americans to build more of a police state. More police will be needed to monitor what is happening inside of vehicles. However, there are much better uses for our law enforcement personnel. We need our police officers to focus on violent crime and not infringe on the constitutional rights of Americans.

In our country today, there are too many laws, too many areas in which government is getting involved. We currently have laws about hazardous driving, so all drivers should take responsibility for their own actions, not the federal government. In a free society, individuals should have the liberty to decide for themselves whether or not they can use a cell phone while driving.

This recommendation is absurd and should be rejected by every state. The United States of America was founded by brave men who endured great hardships to form this nation. They developed a wonderful document, the U.S. Constitution, designed to protect individual liberty. Sadly, ever since that time, forces within our federal government have been trying to chip away at our freedoms.

This proposed ban is just another case of too much government involvement which would move our country one step closer to a nanny state. Our Founding Fathers would roll over in their graves if they knew what is happening in their country a mere 235 years after they declared our independence.

Our independence is what Americans need to continue to cherish today. The last thing we need is to become increasingly dependent on government to monitor, regulate and enact laws regarding all aspects of our behavior.

It is time for another Declaration of Independence today for a country that is in danger of losing what few freedoms that remain. 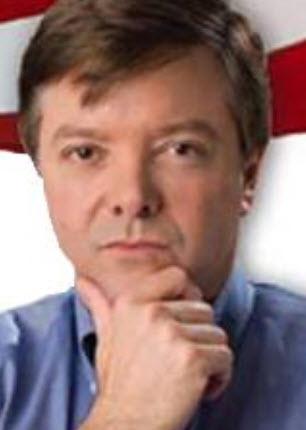