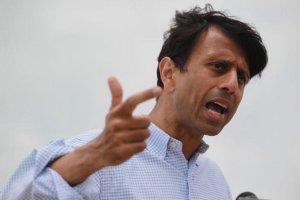 The Louisiana Democratic Party chairwoman Karen Carter Peterson has decided to speak out over the “issue of free-speech” in response to Gov. Bobby Jindal’s statement in support of Phil Robertson:

“If we support an entertainer’s right to freedom of speech -- and we do -- then we must also support a corporation’s right to terminate the entertainer’s contract and distance itself from his blatantly offensive comments.

“That said, I am amused to hear that our governor is now urging tolerance of viewpoints that are unpopular. Former Secretary of Health and Hospitals Fred Cerise, former CEO of the Office of Group Benefits Tommy Teague and former chief of the Governor's Office of Elderly Affairs Martha Manuel all expressed opinions that differed from the governor -- and they were all summarily dismissed for expressing those views. Excuse me governor, but your hypocrisy is showing.”

Earlier on Thursday, Governor Bobby Jindal issued a statement this morning following the news of Phil Robertson being suspended by A&E from the show Duck Dynasty.

Governor Jindal said, “Phil Robertson and his family are great citizens of the State of Louisiana. The politically correct crowd is tolerant of all viewpoints, except those they disagree with. I don’t agree with quite a bit of stuff I read in magazine interviews or see on TV.  In fact, come to think of it, I find a good bit of it offensive. But I also acknowledge that this is a free country and everyone is entitled to express their views.  In fact, I remember when TV networks believed in the First Amendment. It is a messed up situation when Miley Cyrus gets a laugh, and Phil Robertson gets suspended "

Phil Robertson was removed from "Duck Dynasty" because of anti-gay comments he made during an interview with GQ.

"Duck Dynasty" star Phil Robertson has been taken off the A&E hit series "indefinitely," following anti-gay comments he made in a GQ interview published online Wednesday that appears in the Dec. 24 issue.

“We are extremely disappointed to have read Phil Robertson’s comments in GQ, which are based on his own personal beliefs and are not reflected in the series 'Duck Dynasty,' a network statement issued late Wednesday said. "His personal views in no way reflect those of A+E Networks, who have always been strong supporters and champions of the LGBT community. The network has placed Phil under hiatus from filming indefinitely.”

More in this category: « BP Oil Spill: Jindal, BP, Biden In Requiem of A War Louisiana Jindal Talked Gulf Drill Moratorium With Biden »
back to top