A & E, Robertson Poll: Did religious freedom get ducked? 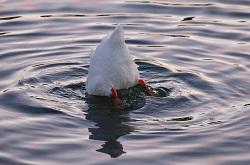 Have Phil Robertson’s religious freedom been infringed upon by A & E’s suspending him from the overly popular Duck Dynasty?

There are many issues being discussed from whether Phil Robertson is intolerant to gays and blacks, whether the leftist-groups and the liberal-media are imposing their values upon America, whether his comments were intentionally mangled, and so on.

Some believe the recent A & E’s action smacked of religious discrimination for punishing the star for his religious belief and statements, even if they were made outside of the program.

Others believe that the issue is not religious freedom whatsoever claiming A & E has the absolute right in a corporate environment to make a business decision and to punish anyone under contract if it feels it's network and reputation is being compromised.

Here are some of the comments on both sides of the argument:

"Free speech is an endangered species: Those 'intolerants' hatin' & taking on Duck Dynasty patriarch for voicing personal opinion take on us all," …Sarah Palin.

Bobby Jindal: "The politically correct crowd is tolerant of all viewpoints, except those they disagree with,"

"Simply put, Phil Robertson is being censored and punished for quoting the Bible, and A&E's treatment of him is punitive and highly discriminatory," said Chris Stone, Faith Driven Consumer.

“All of this is emblematic of free speech. Free speech allows citizens to say things that are offensive and unpopular and it allows other citizens to disagree, as well as to choose whether to provide an ongoing platform for those remarks. If anything, the claim that Robertson’s free speech has somehow been inhibited is just a straw man to avoid addressing the merits of what he actually said: that all gay people are going to Hell and that African Americans don’t deserve a seat at the lunch counter.”…Zack Ford on Think Progress

So, how do you feel about this very price issue?  Take the poll above and share with others.