New Orleans vs. Detroit: Nothing Offensive About Saints Late Scoring 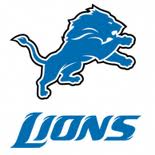 I can wish the Who Dat Nation Happy New Year, but the Falcons and several pressboxers must realize there's no crying in football.

CBSSports columnist Pete Prisco said after the Saints 45-16 victory over the Falcon, Saints quarterback Drew Brees late in the game threw a short touchdown to Darren Sproles with 2:51 to play. The Saints were winning 38-16, so that touchdown for making the game 45-16 final was meaningless as far as this game went.

Prisco feltt this hurt the Falcons. "I'd tell my players to hit Bress in the mouth," Prisco tweeted.

This will explain why Prisco is not in coaching.

That was not running up the score--that was chasing history. An SEC coach liked to say, "They pay me to score points. They pay the other coach to stop me."

Lions coach Jim Schwartz’s defense gave up 550 yards to the Packers last weekend, and this Saturday night he'll try shut down a Saints offense at the Mercedes-Benz Superdome. The coach was too upset to talk after the game.

After opposing the Packers, now the Lions must face what NFL insiders say could be the league's best team.

Here's just some of what the Lions are seeing from the Saints' and Lions' media relations  staffs:

Tight end Jimmy Graham is a 6-foot-6, 260-pounder who is creating matchup nightmares. He's already set franchise records for catches for a season (99) and tied another mark for TD receptions (11).

Rest of the gang

The Saints sport such explosion with Marques Colston, Robert Meachem, Chris Ivory and so many other weapons able to break open a game which has led to one of the most powerful offensive machines in NFL history.

....The Saints rank No. 12 against the run and has the ability to get timely turnovers. CB Patrick Robinson has a team-leading 4 Interceptions. Saints trouble against the pass (259.8) are misleading because five of their wins were blowouts.

Brees vs. Rodgers for MVP

Drew Brees had had the best season that a quarterback has ever had, and surely, it merits this season's MVP award.

After Sunday's 45-17 rout of the Panthers, Bress told the media that he's got a good feeling about the playoffs -- which start against the Lions on Saturday night. The Saints are 10 1/2-point favorites. The quarterback added that he has a good feeling because this team has been there before and has experience on their side.

Halfway through the season believing that anyone but Aaron Rodgers would win the MVP stretched the limit of credibility. Brews threw 10 of his 14 interceptions in the first half of the season, and through eight weeks, the Saints were a 5-3 team. He wasn't really a factor.

But now, his play is the best in the NFL.

Get your Saints and LSU Gear from Louisiana Sports Talk