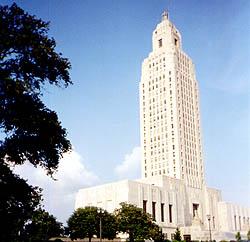 Today at 3:45, Gov. Bobby Jindal is making an economic development announcement in Shreveport.

A recent CNN/ORC nationwide poll reveals the sentiments and opinions among registered voters concerning Republicans and Democrats and their concern for women and different socio-economic groups. Here are the results:

According to a recent PSRA/Pew Poll, 44% of Americans (adults nationwide) think that it was a bad idea to hold the 2014 Winter Olympics in Russia. 32% characterize the choice as good. The same poll reveals that a majority, 81%, plan to watch the Olympics. However, not all people are going to watch a lot of the games; 37% are going to watch “some of it,” while 26% are going to watch “very little of it.”

In a Roll Call article, staff writer Emma Dumain writes that Republican Louisiana Congressman and RSC (Republican Study Committee) Chairman, Steve Scalise, plans to give the American voting public a glimpse of the kind of policies the Congress could propose if the Republicans controlled the Senate, too. He told CQ Roll that the Republicans “ought to use our opportunity to put forward bills to show what we're for and show how things would be different not only if we kept the House but had the Senate.”

One of Scalise's goals is for the House to “repeal and replace” the Affordable Care Act. Scalise also takes credit for the RSC's “influence over leadership's political evolution” since he became the chairman. He asserts that the committee shouldn't be “just a think tank,” but also a group that makes sure that conservative principles are implemented.

Scalise emphasizes that RSC wants to combine “a positive working relationship” with “establishment” Republicans and preservation of core conservative values. He is, however, also prepared to speak strongly against leadership. While Speaker Boehner (R-Ohio) blamed the House GOP for the government shutdown, Scalise disagreed. He argued that “there were a lot of Democrats who wanted the shutdown … and in fact fought harder to keep the government shut down more than anybody else.”

Scalise's term will be over in December, and he will have to think about his future plans. He says that he doesn't “rule out anything,” and that he “just wants to advance conservative policy” wherever his help is needed.

Last week, Louisiana Democrats invited people to tell them about their experience of the Affordable Care Act. Vanessa from New Orleans wrote that she, because she had a pre-existing heart condition, always had to be tied to a major employer. She did not have the freedom to work on her own projects because that would involve losing her health insurance. With the ACA, she now sees “a future of true entrepreneurship.” Adrian in Lafayette also wanted to start his own business, but his wife's pre-exisiting health issues tied him down to one employer. He has now been able to leave his job, one with no upward mobility, and be on his own while his wife is still covered. Fikisha in Bastrop has MS and was without insurance before the ACA. She is now grateful that she has an insurance that is both affordable and fair.

According to the Louisiana Democrats, these stories illustrate the extent to which thousands of Louisianians are benefiting from the Affordable Care Act.

According to a LAGOP press release today, Louisiana Democrats are “anti-energy” and “anti-jobs.” What has infuriated the Republicans is that the Louisiana Democrats on Saturday voted to endorse a resolution to what the GOP claims will “enrich trial attorneys and destroy thousands of Louisiana energy jobs.”

The background is the Southeast Louisiana Flood Protection Authority-East's lawsuit. According to The Advocate, "the Southeast Louisiana Flood Protection Authority-East filed a lawsuit in Orleans Civil District Court against 97 oil, gas and pipeline companies [in July 2013].The litigation seeks damages for the extensive network of canals cut by energy companies through wetlands areas. The canals allowed increasing amounts of saltwater to intrude into the marshes, which weakened the vegetation and resulted in land loss, the suit says."

Our Summaries of Articles Summarized by the Louisiana Budget Product

Louisiana House Speaker Chuck Kleckley is asking for another comprehensive study of the state tax system, essentially an extension of last year's Revenue Study Commission. The Revenue Study Commission recommended limiting the cost of tax exemptions, mandating sunset dates, conducting regular reviews of all tax exemptions, and performing more cost-benefit analyses to make sure taxpayers are getting a good return on their investment, but these recommendations were largely ignored. In 2012, Louisiana spent close to $5 billion on tax exemptions; up from $1.8 billion just a decade ago.

According to the Louisiana Budget Project, Gov. Bobby Jindal's claims about the CBO report and the Affordable Care Act in his Politico op-ed “Obamacare Is Anything But Compassionate” are false. Jindal argued that, according to the report, Obamacare would give low-income Americans disincentives to work. LBP points out that the CBO report only states that the health care law will reduce the supply of labor, not the availability of jobs. The report also states that ACA will increase the demand for goods and services because low-income people will be able to spend money on other things than health care expenses. This in turn will “boost demand for labor.”

A reform of Louisiana's teacher tenure law was a part of Gov. Jindal's 2012 legislative campaign, and it is still a hot topic. Jindal argues that the law that allowed teachers to earn tenure after three years made it too easy of achieve and too difficult to lose job protections. The new law requires teachers to earn top evaluation for five out of six years before earning tenure. Education professionals are skeptical of the outcomes of the law, and it was struck down twice by the state's 19th Judicial District Court. The Supreme Court is expected to make its decision about the law sometime in 2014.

At the end of the 2013 Legislative Session, the Legislature passed a budget including an extra $69 million for schools, and public school teachers received a last-second pay raise. However, they are not likely to get one this year. The schools will still receive the same sum, but it now comes without strings attached. The school districts are then more likely to spend the money on retirement costs and technology upgrades that had to be postponed because of previous budget freezes.

Twenty states and the District of Columbia have now legalized medical marijuana. The issue is now being brought up in some states in the South, such as Georgia and Alabama, as well. A legalization bill has not been introduced in Louisiana yet, but Gov. Jindal recently stated that he would be "be open to making it available under very strict supervision for patients that would benefit from that."

More in this category: « Obamacare Is Anything but Compassionate, Jindal Argues Jindal, Politico's Beltway Blogger, Nose Healthcare, Evolution »
back to top