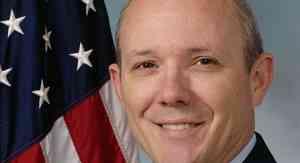 Rob Maness (R-LA), who is running for Senate this year, announced that he will not vote to reelect Mitch McConnell as Republican Leader of the Senate. The reason is that McConnell has, according to Maness, “repeatedly failed the people he was elected to serve.”

Maness pointed out that career politicians like McConnell and Dem. Mary Landrieu “exacerbate the problems facing our country or ignore them altogether...” As opposed to McConnell and Landrieu, Maness has spent a long time, 32 years, outside of politics, namely in the USAF. Maness said that “the time has come for the people to reclaim their Senate seat in Louisiana and for the Senate Republicans to elect a leader who will govern based on principles, not politics."

While McConnell and Landrieu earn Maness's spite, Bobby Jindal earns his praise. Maness expressed his support for Jindal's speech at the Reagan Presidential Library on religious liberty. “Governor Jindal has this issue exactly right,” Maness said. He also stated the Louisianians are aware of and frustrated with infringements on their religious liberties and their First Amendment rights imposed by President Obama and the federal government. According to Maness, Obamacare is part of this infringement because it includes “taxpayer-funded abortion, contraceptive mandates, and penalties that will cripple businesses owned by people of faith if they don't comply with the law.” He emphasized the importance of states pushing back against the federal government's “violations” of people's religious liberties, pointing to the states' power, under the Constitution, to “enjoy all powers not specifically enumerated and assigned to the federal government.”

So far, Maness has raised more than $240,000 in the most recent fundraising quarter for the race. In comparison, Mary Landrieu has raised $1.4 million and Bill Cassidy $1 million. Recently, The Republican Liberty Caucus (RLC), an organization that, according to their website, has as its goal to “elect pro-liberty individuals to office.” RLC National Chair Matt Nye said: “[Maness] is dedicated to restoring the individual rights of Americans. This is no small task with the unprecedented overreach we’re seeing by a federal government that infringes on our rights and interferes in our lives in ways that would shock the founders of this country.”

Maness will be racing against incumbent Sen. Landrieu, Rep. Bill Cassidy, Rep. Paul Hollis, and the most recent addition to the group - Libertarian Brannon McMorris. According to NBC33TV, McMorris plans to run on the following issues: reducing debt and spending; ending corporate welfare and cronyism; drug prohibition and minimum sentencing; regulatory reform; internet and informational privacy; and marriage equality.

More in this category: « I hung-out with NBA's greatest, Google webcasted it to the world Landrieu's clout adds energy, but polls raise concern »
back to top