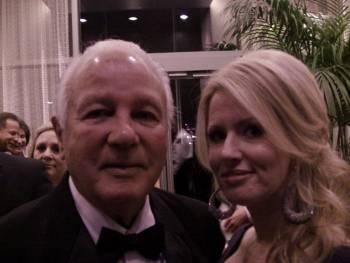 How else can you explain the decision by Edwin W. Edwards, four-term ex-governor of Louisiana, who has decided to jump into the ring for the Sixth Congressional District of Louisiana.

After all, Edwards, 86, is a convicted felon. The last time he resurrected his political career, he beat Nazi, David Duke for the governor’s position. At that time, the slogan was "vote for the crook".

After spending roughly a decade under federal sentencing, Edwards married for the third time, this time to a woman 50 years his younger. His last public foray, The Governor's Wife, was a failed reality TV show. He is the proud father of a brand-new son, made possible, due to medical science and frozen sperm.

But, throughout the decades he has defied odds, remade realities and is now setting the bar for political controversies.

So, has the 'crook" become a "kook"? Or, is the sly gray fox, as he is known, ready to shock the state and the nation once again, by overcoming great odds, a totally different political landscape and a stresses of age and life's challenges.
Bayoubuzz.com
Watch Tyler Bridges, Jim Brown and Stephen Sabludowsky discuss this election Tuesday March 18 on WGSO 990 AM with talk show host, Jeff Crouere. The video is webcasted live here on Facebook and on Bayoubuzz.com

Bridges, is the author of The Rise of David Duke (1994) and Bad Bet on the Bayou: The Rise of Gambling in Louisiana and the Fall of Governor Edwin Edwards (2001). He currently writes for The Lens.

Brown, is longtime friend and political associate of Edwards. He is a former state elected officials and now is a columnist and radio talk show host. He is the publisher of the authorized biography of the life of Edwin Edwards.

Sabludowsky is an attorney, publisher of Bayoubuzz.com and longtime advocate of technology and Google hangouts.

Live Bayoubuzz-WGSO radio webcast: Thursday March 18 @ 9:30 am, here on Bayoubuzz, on Facebook http://www.22s.com/usbuzz/39701 or Google Plus https://plus.google.com/u/0/events/chtqo6c8fpmfudndtmq28d93tt0.  Also, you can listen to the conversation on WGSO 990 AM