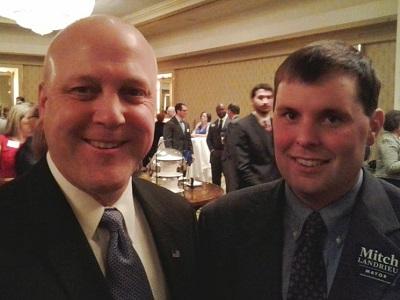 by Tyler Bridges of The Lens

(First published on the Lens)

Courts have ruled that the city of New Orleans must pay millions of dollars to shore up the firefighters pension fund, upgrade the parish prison’s abominable conditions and reform the police force.

Where is the mayor going to get the money?

He has settled on a solution: Ask New Orleans residents to approve new taxes.

But Landrieu needs the state Legislature and Gov. Bobby Jindal to authorize the City Council to put the tax measures on the November ballot. That authorization is far from assured.

The proposed taxes are:

“All of these measures are designed to give flexibility to the city to address its needs,” said state Rep. Walt Leger, D-New Orleans, the speaker pro tem and the mayor’s legislative point man.

Landrieu has made no effort to bring public attention to the proposed tax increases on cigarettes and hotel rooms, and they have received practically no news media attention. The mayor did not respond to an interview request from The Lens.

Taxes are a sensitive subject. It was only last month that New Orleans voters rejected the Audubon Nature Institute’s request for a 50-year property tax increase, by a 2-1 margin.

Landrieu has fretted to lawmakers privately for several weeks — the latest came during a presentation to Orleans Parish lawmakers Wednesday at the Capitol — about how difficult it will be to pay for a court ruling involving the firefighters pension fund and federal agreements regarding the Police Department and the Orleans Parish Prison. The mayor has sought relief from the courts but has lost every round.

In March, the state Supreme Court said the city must pay $17.5 million to the Firefighters Pension Fund to cover underpaid obligations from 2012. Nick Felton, who is president of the firefighters union, said in an interview that the city also owes $20 million a year for 2013 and 2014.

At the same time, the city must pay millions more — anywhere from $7 million to $22.5 million annually — to pay for a federal consent decree that will likely require hiring of hundreds of additional staffers to upgrade conditions at Orleans Parish Prison,which has been called one of the worst in the nation.

And the city must pay an estimated $10 million per year in the coming years to comply with another federal court agreement that mandates an end to abuses at the New Orleans Police Department. Landrieu tried to get out of the consent decree, arguing that the city didn’t know how much it would cost, but a federal appeals court rejected that argument in September.

One solution, of course, would be for the city to cut spending. But Landrieu has said for more than a year that cuts would gouge essential city services and would be unacceptable to residents.

Leger is sponsoring House Bill 111 to raise property taxes to pay for police and fire protection. The measure, which passed the House last year but died in the Senate, would authorize New Orleans to levy up to six mills apiece for fire and police. The millage is now 5.26 for police and 5.21 for fire. A legislative analysis estimates that the measure would raise $5.6 million in 2015. The increase would cost the owner of a $200,000 home about $31 a year.

Leger said in an interview, however, that he may seek to increase the police and fire tax above six mills because of the city’s budget needs. Whatever the increase, the City Council could decide to use the money to recruit police officers and raise salaries, as the police union advocates.

To take effect, both houses of the Legislature would have to approve Leger’s bill, which would amend the state’s Constitution. The governor cannot veto it. The measure is scheduled to be heard on the House floor today.

Read more of this article on The Lens

More in this category: « Kissing Congressman McAllister's New Challenges LAGOP, Vitter on political hotseat due to McAllister scandal »
back to top