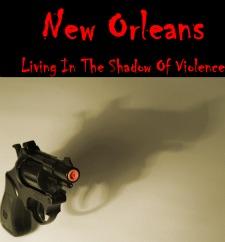 It’s bad news anytime a “good Samaritan”  efforts are stymied; It’s horrible news when the Semaritan is killed as a result of the effort.  In fact, it isa crime.

The latter is what occurred when, after 7am Wednesday a woman on her way to work was attacked by a car-jacker who then shoots a neighbor tried to intervene.  The gunman shot him and then quickly left the crime premises.

The incident occurred in a quiet Algiers Point neighborhood.