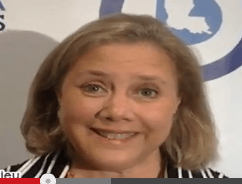 New poll: Landrieu at 48%
Here we go again – another poll on the U.S. Senate race in Louisiana. This one was conducted by Greenburg Quinlan Rosner for the Senate Majority PAC, a Democratic group.

The poll shows incumbent Democratic U.S. Sen. Mary Landrieu with 48% of the vote and a 19-point lead over her main opponent, Republican U.S. Rep. Bill Cassidy, who received 29%.
Republican state Rep. Paul Hollis came in with 8% of the vote, and Republican Rob Maness had 7%.
But if you add up the votes for the three GOP candidates, they captured 44% of the vote, leaving just a four-point gap behind Landrieu.
When the question was asked about a likely runoff election between Landrieu and Cassidy, the result was a 49-49% tie. Landrieu ticked up one percentage point while Cassidy garnered most of the anti-Landrieu vote and jumped 20%.
The poll concludes that Landrieu needs to get as close to 50% as she can in the primary, because she apparently doesn’t have much wiggle room when it comes to the runoff.
However, when those polled were asked for their second choice, Landrieu picked up an additional 3%, which would put her at 52%. Those votes came from respondents who named Hollis or Maness as their first choice.
It is the opinion of the pollster that the attacks on Landrieu have ceased having an impact, and that the key dynamics in the race have begun to swing back to her. Meanwhile, ads criticizing Cassidy have caused his negative rating to increase from 19% to 27% since February.
The poll also states that two-thirds of voters don’t know Cassidy, but the more people get to know about him, the less they like him. That might be good news for Hollis and Maness.
Greenburg Quinlan Rosner Research surveyed 600 likely voters between May 5-8. Of those polled, 77% were on land lines and 23% on cell phones. The margin of error is +/- 4.0%.
An aside: The website, realclearpolitics.com, which is non-partisan, has a compilation of the polls that match-up Landrieu and Cassidy in a runoff. Including this poll, Cassidy leads Landrieu 45.4% to 43.6%.
In the Open Primary polls, Landrieu leads Cassidy 41% to 27%.
So make what you will of this poll. There will more to come. Probably the most accurate part of the poll is the revelation that the runoff between Landrieu and Cassidy, if the election were held today, is a dead-heat.

Landrieu is chairperson of the Senate Energy Committee and the Senate Homeland Security Appropriations Subcommittee.
Their first stop of the day was at CenturyLink headquarters in Monroe. The company has become a national powerhouse and plays an essential role in protecting the country.
Johnson said he was impressed with CenturyLink, which plans to create another 800 jobs at its new Technology Center of Excellence, and agreed its talent for cybersecurity will play a pivotal role in that capacity for the nation.
Then it was on to the Cyber Innovation Center (CIC), which Landrieu played a key role in establishing in Bossier City. The Center has helped create 800 new jobs for the Shreveport-Bossier area.
CIC and CenturyLink is partnering with Louisiana Tech, Grambling, and the University of Louisiana at Monroe to increase the number of degrees in computer science, computer information systems, and cyber-engineering over the next five years.
After leaving CIC, Landrieu and Johnson held a job creation roundtable discussion with top officials from Barksdale AFB at Bossier Parish Community College.