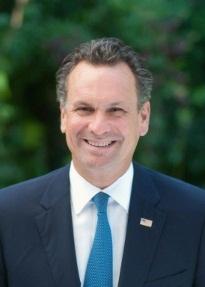 SMOR has just released a poll on the Lt. Governor's race of 2015 that indicates that if current Lt. Governor Jay Dardenne were to run for Governor, as expected, John Young would have a slight lead over Sen. Elbert Guillory and Plaquemines Parish President, Billy Nungesser:

Plaquemines Parish President and former gubernatorial candidate Billy Nungesser is slightly better know among voters than are either State Senator Elbert Guillory or Jefferson Parish President John Young. All three of the possible candidates have unfavorable ratings in the 30s, with those unfavorable ratings coming mainly from Democrats (particularly from black Democrats) and from Democrat-leaning Independents.

John Young leads the three-way trial heat with 32% of the vote, Nungesser is second with 23%, and Guillory is third with 9%. A substantial proportion of voters (36%) are undecided.

Young attracts the highest proportion (36%) of the white vote, Nungesser is second with 21%, and Guillory is third with 10%. One in three (33%) white voters are undecided.

Although 43% of black voters are undecided, Nungesser draws the highest proportion (28%), followed by Young with 20%, and Guillory with 9%.

The high proportion of voters who say they are not familiar with the three possible candidates tested together with a relatively high undecided on the trial heat indicate this race could still take many turns before the election on October 24, 2015.

Read the SMOR release that has been publically released today

More in this category: « Good Numbers for Mitch Landrieu; John Maginnis Passes Away No Coasting for Landrieu, Focus on Senate Energy Chair, Sec. Moniz »
back to top